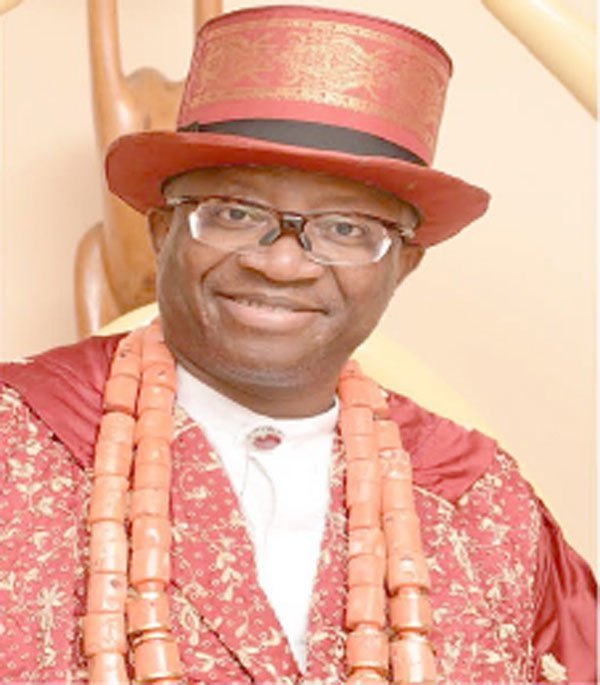 ·      Speaks on the achievements of Seriake Dickson

‘’I ran a very successful law practice. I went into government and also proved my mettle. The other contestants did not manage any enterprise successfully. I am not intimidated by the curriculum vitae of other contestants. I think I am better. I think I am the best. When given the opportunity, the story would never be the same again. I know what I can do. People know what I have done. The other contestants are afraid of me. They are afraid of my profile. I don’t see anyone that will make me panic or have undue anxiety. We are hoping that the party will give everyone a fair chance to contest. My chances are bright. From my interaction with all the stakeholders, I’m the candidate to beat. I am the next governor of Bayelsa State’’ he said.

The Senior Advocate of Nigeria spoke in Yenagoa, Tuesday morning on his vision for Bayelsa State, the achievements of Governor Seriake Dickson and other issues in the oil rich state.

He told journalists that he had to join the gubernatorial race to change the narrative.

‘I was Attorney General and Commissioner for Justice in Bayelsa State and I think Bayelsa State deserves better. The current government has done fairly well. Bayelsa State requires somebody with my level of exposure and attainment to build upon the achievements of the current government. I have spent quite a bit of time diagnosing the issues. We need better and more access to education. The current administration has actually tackled it very well. There is need to sustain and build on that legacy. There is need to empower the people. We need to build trust. We need to create an economy so that we don’t run to Abuja or depend on Federal government handout’.I can make a huge difference. Considering my track record, what I did as Attorney General (2017 to 2012), there is evidence that with someone like me in office, the narrative will change dramatically for the better’’ he said.

A grassroots politician, Ikoli praised Chief Diepreye Alameyeseigha, Dr. Goodluck Jonathan and Governor Seriake Dickson for contributing towards the development of the state.

‘’History judges everyone. The current governor is on his way out. History will write his epitaph. Governor Seriake Dickson has done very well. He has raised the bar. It is for us to raise the bar even higher. Bayelsa State is unique. It is the heart beat of the Niger Delta region. It is also a homogeneous Ijaw State. Anyone who governs Bayelsa is automatically Ijaw leader. Dickson has done well in protecting the Ijaw nationality and projecting the Ijaw interest in the larger Nigerian context. He has reasons to be proud of his achievements in education, security, managing the resources of the state and infrastructure’’.

He promised to fashion the state’s economy in such a manner as to become a net exporter.

‘’Bayelsa State needs to expand the size of her economy as a matter of urgent importance. Too much of our economy is centered on Government house and the civil service and that needs to change. Bayelsa must be an export-oriented economy, goods, services and manpower. We want to expand the frontiers of education, create more opportunities and better the lot of everyone’’ he said.

The gubernatorial hopeful also promised to lead an all-inclusive government, empower the people and create a knowledge driven economy that would make Bayelsa the destination of choice to live, work, recreate and do business in Africa.

‘’My overall plan for the economy includes the development of 12 autonomous islands around our various seaward communities using PPP funding model. These islands will be structured around the natural advantage and also the strategic advantage they may have. For instance, seafood export hub in Brass where direct access to the Atlantic and the natural bountiful aquatic wildlife can generate billions in revenue for the state. We must take advantage of the natural beauty of our beaches to develop a sustainable tourism industry. Trust me when I tell you that the multiplier effect of jobs and capital on the micro-economy will be immeasurable’’ he added.