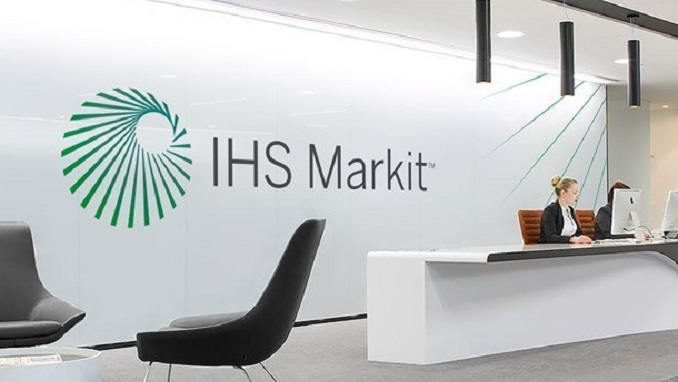 The world merchandise trade volume is forecast to grow by 2.7% in 2020, accompanied by real Gross Domestic Product (GDP) growth of 2.5%, while trade volume growth is expected to increase to 5.0% in 2021 with GDP growth at 2.7%.

Despite sluggish global growth prospects, our models in Global Trade Atlas (GTA) Forecasting point to an increase in the real value of global trade both in 2020 and 2021 to respectively 18870.58 and 19794.77 USD billion.

‘’We forecast the highest growth rates in 2020 for South and North America – by 2.4 and 2.3% respectively, and the lowest for Africa – only 0.3%. The prospects are much better for 2021 apart from Africa where the increase in trade volume is likely to mimic that of 2020’’, IHS Markit said.

The rest of its economic growth and trade outlook goes thus: ‘We must acknowledge several key factors that can affect our global as well as regional forecast: Lower growth prospects for the US and Canada (2020-2021 – approx. 2%) and globally (2.54 in 2020 and 2.66 in 2021 according to IHS Markit macro-models) will affect export-led economies in particular;

High uncertainty in global trade policy due to US-initiated protectionism and retaliatory actions by countries affected is likely to continue;

The results of presidential elections in the US in November 2020 will be of key significance as they can potentially shift the heading of the US policy; the recent impeachment creates an extra dose of instability in the US political scene prior to the elections, however, the procedure is almost sure to be terminated by the Republican-dominated Senate;

US trade tensions with China (high US-imposed punitive tariffs on Chinese exports and retaliatory actions by China) are likely to persist under the Trump administration;

The trade war’s impact will remain focused on China’s exports to the US, and the related component exports from the rest of Asia to China (with few exceptions) – trade diversion is quite likely;

The continuing trade conflict between the US and China can structurally alter global VCs apart from the already present precautionary shifts in global supply chains. At this stage appears to be working in the favor of economies such as Taiwan, Vietnam, and other parts of ASEAN-5 and some South American economies;

In the ongoing US-China trade negotiations China pledged to spend between USD 40-50 billion on agricultural products annually as part of a deal to end the trade war and thus to remove extra tariffs imposed since last year on US farm products; If successfully implemented this could ease the pressure in mutual trade relations and positively affect global trade in 2020 – 21, however, taking into account the course of tensions in trade since the outset of the conflict in 2018 and the dynamics of bilateral negotiations, the probability of the actual implementation of the last results of negotiations should be considered rather low and thus are unlikely to significantly affect the forecasts at least for 2020;

Upon the recent parliamentary vote results in the UK, Brexit at the end of January 2020 is on course; the no-agreement scenario is still possible, however, as it could bring adverse consequences for both the UK and EU the likelihood of that scenario is low (new custom checks and increasing trade frictions despite eventual agreement on a free-trade treaty);

The European Council (on December 13, 2019) reiterated its commitment to an orderly withdrawal on the basis of the Existing Withdrawal Agreement and called for its timely ratification and effective implementation and reconfirmed its desire to establish as close as possible a future relationship with the UK (customs union); The trade negotiations are very likely to continue long post-Brexit with some interim measures in place;

The paralysis of the multilateral dispute settlement system in the World Trade Organisation (WTO) is probable to last.