The Human Rights Writers Association of Nigeria (HURIWA) has passed a damning verdict on the country, declaring that Nigeria will be heading to doom if she fails to reform pretty soon. Head of the group, Emmanuel Onwubiko, said, ‘’we must either reform our elections or be prepared to perish as a nation in not too distant time’’.

HURIWA which is advocating for an urgent electoral reform wants the citizenry to start clamouring for the reforms of the electoral system and the restructuring of the country, to deemphasize the control of wealth and resources of the nation by the elected politicians, adding, that the national wealth must be controlled by the people through the strengthening of the relevant institutions put in place to provide checks and balances.

‘’It is precisely because election into Executive offices guarantees total immunity from criminal prosecution that those who manipulate elections and are railroaded into offices use the opportunities to steal us blind and going by Section 308 (1) of the constitution, those elected to govern who decide to steal may be empowered financially after eight years tenure, to hire the services of the best lawyers to delay the delivery of justice’’, the group said.

The rest of their demand goes thus: ‘’The people of Nigeria must begin now to ask for the abrogation of Section 308 (1) and to support all Legislative frameworks that would make Independent National Electoral Commission (INEC), Economic and Financial Crimes Commission (EFCC) and the armed security forces, free from all Executive encumbrances and emasculation.

‘’A sudden but troubling pall of trepidation enveloped the Nigerian climate just before the conduct of the February 23, 2019 presidential poll and immediately after the long delayed announcement of results was made.The look on the face of the Chairman of INEC Yakbu Mahmood depicts a man whose conscience in running riots as he preside over the spectacular show of shame that was termed national collation of results of the Presidential election. He behaved like a lamb been led to the slab to be slaughtered by a merciless butcher.

‘’There was indeed a general climate of mutual suspicions which characterized the ongoing campaign periods even as these anxieties, fears, apprehensions and threats of violence reached the Zenith with the actual conduct of the election in the different states and geopolitical settings of Nigeria. Recall that everywhere APC went for campaigns there were reports of stampede resulting in fatalities. The PDP also witnessed a campaign full of climate of fear in that even at a point the stage collapsed leading to injuries of varying degrees.

‘’Nigeria being a highly fractionalized and divided entity with multiple ethno religious primordial tendencies, the nation usually becomes like a theater of war during elections. These atmospheres of violence and anxieties are usually motivated by the well-known practice of winner-takes-it all attitudes of the species of politicians that populate our civic space.

‘’Politicians in Nigeria are anything but ideologically principled just as the political parties are mere platforms for the ventilation of the will to take power by all means. Looking at the level of greed, avarice and lust for political power by Nigerian politicians, the writings of Nicollo Machiavelli, the Italian diplomat, politician and philosopher pales into insignificance.

‘’This is because, even as the Italian philosopher envisages a political scenario that thrives on violence and avaricious quest of political power, the tendencies exhibited by contemporary Nigerian politicians is crude, primitive and beyond apprehension. Niccolo Machiavelli (1469 – 1527) dramatically tasked politicians to up their game of politics by calculating even before seeking for office.

Hear him: How laudable it is for a prince to keep good faith and live with integrity, and not with astuteness, everyone knows. Still the experience of our times shows those princes to have done great things who have had little regard for good faith, and have been able by astuteness to confuse men’s brains, and who have ultimately overcome those who have made loyalty their foundation.

‘’Machiavelli argued that it is therefore necessary for a prince to know well how to use both the beast and the man. This was covertly taught to rulers by ancient writers, who relate how Achilles and many others of those ancient princes were given to Chiron the centaur to be brought up and educated under his discipline.

‘’He is of the considered opinion that the parable of this semi-animal, semi-human teacher is meant to indicate that a prince must know how to use both natures, and that the one without the other is not durable.

‘’He then added: A prince being thus obliged to know well how to act as a beast must imitate the fox and the lion, for the lion cannot protect himself from traps, and the fox cannot defend himself from wolves. One must therefore be a fox to recognize traps, and a lion to frighten wolves. Those that wish to be only lions do not understand this.

‘’Therefore, he expressed the opinion that a prudent ruler ought not to keep faith when by so doing it would be against his interest, and when the reasons which made him bind himself no longer exist. If men were all good, he said, this precept would not be a good one; but as they are bad, and would not observe their faith with you, so you are not bound to keep faith with them.

‘’Nor have legitimate grounds ever failed a prince who wished to show colourable excuse for the non-fulfillment of his promise. Of this one could furnish an infinite number of modern examples, and show how many times peace has been broken and how many promises rendered worthless, by the faithlessness of princes, and those that have been best able to imitate the fox have succeeded best.

Hear him: But it is necessary to be able to disguise this character well, and to be great feigner and dissembler; and men are so simple and so ready to obey present necessities, that one who deceives will always find those who allow themselves to be deceived.

‘’Pathetically, most politicians in Nigerians educated in the best Universities in the West often read this book of Nicollo Machiavelli and therefore play politics of vendetta and mercantilism. As General Sani Abacha, the late maximum dictator would always use the words for the avoidance of doubts, may I say for the avoidance of doubts, that it would be germane to relate our postulation here vis-à-vis the actual theorization made by Nicollo Machiavelli in his infamous political writing known as The Prince and relate it with the goings on in Nigeria with specific reference to the cocktails of electoral heists by INEC and its political cohorts and partners in crime.

‘’The adoption and practice by Nigerian politicians of the theory of violent and criminal manipulation of the electoral system to gain office as contemplated by Machiavelli, must be demolished by the collective will of the people of Nigeria who must do all within our power to reform the conducts of elections. Look at how the governor of Imo state Rochas Okorocha was accused by the returning officer of abducting him and forcing him on gun point to declare him as the winner of the Orlu Senate seat. Nigerians must rise up and show righteous indignation.

‘’The first step, is for the Nigerian people to reject all forms of electoral bribery and to insist on doing what is right and just. The people also need to cultivate and Master the art of resisting all these tendencies of buying their consciences during elections and as a collective,  must stand their ground and insist on the announcement of their best choices or ventilate their angst through civil disobedience if need be. A revolution is not a bad idea either.

‘’This is imperative if the country must get it right and choose the persons who would build the foundation for the delivery of good governance and specifically because it is true that until philosophers are kings, cities will never have rest from their evils, as stated by Plato in his Republic.’’ 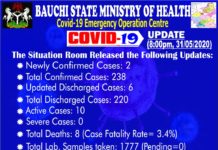 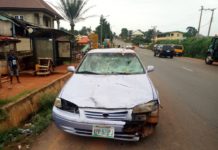