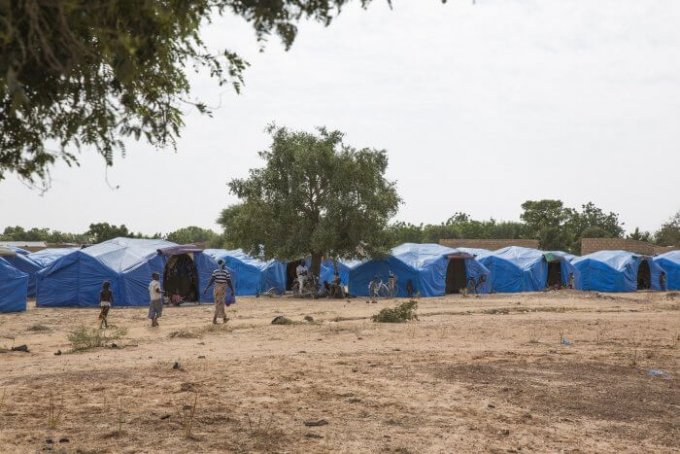 The World Food Programme (WFP) says the humanitarian crisis in the Central Sahel region of Africa is spiralling out of control.

Amid the raging coronavirus pandemic, more than five million people, according to the United Nations agency, are facing severe food insecurity across the region.

This disturbing development is contained in a new joint food security assessment released on Thursday by food security partners including WFP.

The dramatic spike in the number of hungry people comes at a time when the COVID-19 pandemic is spreading into fragile countries in a region home to the weakest health systems anywhere in the world.

Burkina Faso – which has seen the largest number of officially-reported deaths from COVID-19 anywhere in sub-Saharan Africa – is where the number of food insecure is expected to more than triple to 2.1 million people as the lean season sets-in in June, up from over 680,000 at the same time last year.

WFP’s Regional Director for West Africa, Chris Nikoi, says “this is a crisis layered on top of a crisis, and the situation risks getting out of hand. People are on the brink – we must step up now to save lives – we are the only hope for millions.”

“Our message to the world is clear – look away now and the consequences will be no less than catastrophic”, Nikoi adds.

Across the Central Sahel – a region that encompasses Burkina Faso, Mali and Niger – the situation is extremely worrying, with the number of hungry rising steadily as the crisis deepens, also pushing 1.3 million people in Mali and two million people in Niger into severe food insecurity.

The number of internally displaced people has also increased four-fold across the Central Sahel, with numbers spiking in Burkina Faso to 780,000 up from half a million at the start of the year.

These communities have been forced from their homes by extremist violence and now rely almost entirely on external assistance to survive.

WFP’s food and nutrition assistance provides a lifeline to millions in the region, as well as providing stability and strengthening the resilience of the communities in which they live. WFP assisted 1.5 million people in Burkina Faso and Mali in February, but more support is needed to tackle the crisis, especially as the threat of COVID-19 puts life-saving humanitarian work on the line.

WFP urgently requires $208 million through August 2020 to carry out its lifesaving operations.

WFP has extensive experience operating in the midst of a disease outbreak as it did during the 2014-2016 West Africa Ebola outbreak, which showed that food assistance can play a vital role in containing disease spread on the one hand, while reducing vulnerabilities to infection through nutrition programmes that target vulnerable communities with compromised immune systems – like the chronically ill and the elderly.

WFP has rapidly adapted its operations to the COVID-19 pandemic, putting in place measures to reduce the risk of infection to beneficiaries, partners, and WFP staff.

WFP is, however, the world’s largest humanitarian organisation, saving lives in emergencies, building prosperity and supporting a sustainable future for people recovering from conflict, disasters and the impact of climate change.