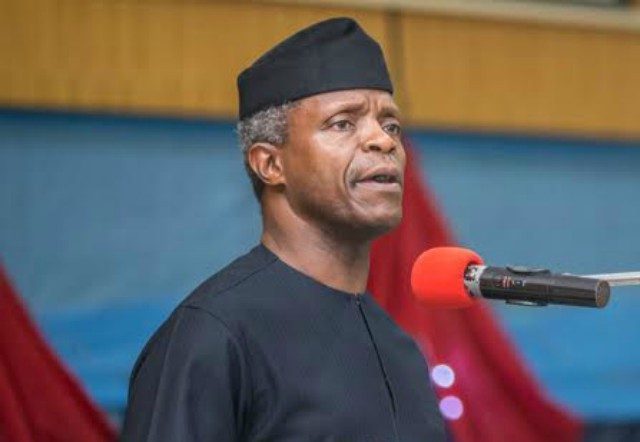 Vice-President Yemi Osinbajo on Sunday said Nigerians need to collectively address the challenges militating against nation-building to avoid a breakup.

Osinbajo spoke in Abuja at the Ecumenical Centre in Abuja during the nation’s 60th Independence inter-denominational church service with the theme: Together… Come, Let Us Rebuild…

With the challenges facing the country, the Vice-President stressed the essence of showing love to fellow Nigerians, adding: “Fortunately for us in Nigeria, our walls are not yet broken but have cracks that could lead to break, if not properly addressed.”

He urged the Christian Association of Nigeria (CAN) to provide good leadership to make Nigeria a better country.

Osinbajo, who was represented by the Secretary to the Government of the Federation (SGF), Mr. Boss Mustapha, said: “The theme should serve as a clarion call to Nigerians to be prepared to contribute their quota to national development.

“We need love for this nation. We need selfless love to rebuild Nigeria. It is only that kind of love that can help us as Nigerians to rebuild the cracks that we have in our walls, in our country Nigeria.

“We need it for that the Nigerian who resides in the country or outside, who is crying to God to give him everything it takes to use the abundant opportunities in the country to address our challenges of nation-building.”

CAN President, Rev. Samson Ayokunle, attributed the security crisis in the country, among others, to the selfishness of most Nigerian leaders.

He said: “What is causing our pains in Nigeria is selfishness. Most of our leaders and many others are selfish.”

Lagos State Governor Babajide Sanwo-Olu on Sunday assured the residents that his administration will continue to deliver the dividends of democracy and remain focused on implementing its agenda for the growth, development, and prosperity of citizens.

The governor spoke at the special thanksgiving service to commemorate the 60th Independence anniversary celebration at Chapel of Christ the Light at Alausa in Ikeja.

The governor was represented by his wife, Mrs. Ibijoke Sanwo-Olu.

Sanwo-Olu advised the residents to rededicate themselves to the nation’s unity and continue to live in peace with one another in love.

The governor urged them to support the government’s policies and programmes to take the nation and state to greater heights.

Drawing his statement from 1Thessalonian 5:17, he urged fellow Lagosians to remain steadfast, hopeful, focused, disciplined, and pray without ceasing.

“As we join fellow compatriots across the nation to celebrate our nation’s Diamond Jubilee, it is my prayer that as Diamond signifies beauty, the Almighty God will beautify our lives as individuals, families, state and country. He will continue to guide, direct our path, lead us aright and release His manifold blessings upon us,” Sanwo-Olu said.

Plateau State Governor Simon Bako Lalong said Nigeria will rise above its current challenges to fulfill its divine mandate as the largest black nation in the world.

Speaking at a church service to mark the 60th Independence anniversary at St. Monica Catholic Church, Rantya, Jos, the state capital, the governor said there is a lot to celebrate, despite some of its challenges.

He said: “The responsibility of making Nigeria great belongs to all of us that dwell in it. It is our country and we have no other. While we hold accountable those in public offices – whether elected or appointed – who have been given the assignment of leadership to be accountable, fair, just and proactive, we cannot fail to support them. Failure to support them because of differences of religion, ethnicity, politics and other affiliations will keep all of us running in circles and down.”

Oyo State Governor Seyi Makinde on Sunday said the country has many reasons to celebrate its 60 Independence anniversary, despite its challenges.

The governor called for unity among the citizens to consolidate the gains the country had recorded in its checkered journey.

Speaking at The Cathedral of St. Peter’s in Aremo, Ibadan, during the anniversary service, the governor, who was represented by the Secretary to the State Government (SSG), Mrs. Olubamiwo Adeosun, noted that despite the challenges, the Almighty has “equally given us hope for the rebirth of our nation and our state”.

The Kwara State government on Sunday called for more prayers for Nigeria to attain greater heights.

The government spoke through Deputy Governor Kayode Alabi at an interdenominational church service held at Ga-Akanbi in Ilorin, the state capital.

Alabi advised Nigerians, irrespective of religious and ethnic differences, to see the country as one indivisible entity.

He restated the commitment of Governor AbdulRahman AbdulRazaq to delivering on the promises he made to the residents at the administration’s inception.

Also, members of the Former Governors’ Forum on Sunday warned against divisive tendencies.

A statement in Abuja by its Chairman and former Niger State Governor Muazu Babangida Aliyu and its Secretary, Prof. Tunde Esan, reads: “This unique independence celebration is a quick reminder of our unique history.

“Our position, as the most populous nation in Africa, elucidates the positive nature of our geographical entity. We, therefore, call on all Nigerians to continue to have faith in our country.” 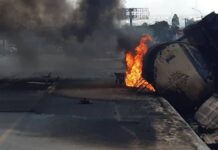