For a greater majority of young Ethiopian people, there seems to be no future at home for them. Life seems to be generally hard. And so, to make it, as the Nigerian people would say, they have been seeing Saudi Arabia as a country of their economic hope.

But, the migrating Ethiopian people are largely unaware of the huge risks on the route to the Kingdom of Saudi Arabia. It has been quite a tragic journey for most of them. For first-time migrants, economic motivation is the main driver of migration as a study has shown.

The report says around 77 per cent of them did not have any source of income in Ethiopia before migration, and half of those who did earn less than $61 per month.

Daily labour is the primary source of earnings, with only 10 per cent of working migrants formally employed. Despite their young age, 26 per cent of migrants already have an average of 2.6 dependents – with a higher prevalence among women (30%) and older migrants (39%).

Around one-third of migrants are members of households that are unable to meet their basic needs, such as food or health care, and adopted coping strategies such as skipping meals or reducing portion sizes, in the year before migrating.

One quarter (24%) of individuals had migrated internally within Ethiopia at some point before current migration attempt to Saudi Arabia, with a higher prevalence among men (26% versus 15% for women).

Less than two per cent of migrants mentioned ‘natural disaster or environmental conditions’, ‘political, ethnic, or religious persecution’ or ‘war, armed conflict, or violence’ as their main reason for migrating.

Slightly over a third of migrants reported having family members who migrated to the Arab country in the past or are currently there (36%). This figure not only points to the strong migration culture in many Ethiopian areas but could also be a key factor determining potential migrants’ destinations.

The main regions of origin of migrants surveyed in Obock are Tigray (41%), Oromia (40%) and Amhara (13%), with all other Ethiopian regions accounting for less than six per cent together.

Around one-third of movements towards the KSA are intended towards Riyadh (34%). Jizan (18%), Makkah (15%) and Al Madinah (11%) are also frequently reported destinations. Tigrayans are the most likely to mention Riyadh as well as less targeted areas (such as Ragu and Ha’il), a finding that can be linked to their higher propensity of having family members who have already migrated to Saudi Arabia and may be residing in these specific regions.

The report says only 30 per cent of Ethiopian migrants seeking to find work in Saudi Arabia are aware that Yemen – the one country they must cross —is in its sixth year of conflict, while less than 50 per cent know of the dangers of boats capsizing at sea.

This according to a new study – The Desire to Thrive Regardless of Risk – by the International Organisation for Migration (IOM)’s Regional Data Hub which is largely funded by the EU-IOM Joint Initiative for Migrant Protection and Reintegration in the Horn of Africa.

The joint initiative was launched in December 2016 with the support of the European Union (EU) Emergency Trust Fund for Africa, the programme brings together 26 African countries of the Sahel and Lake Chad region, the Horn of Africa, and North Africa.

The EU and IOM around the goal of ensuring migration are safer, more informed and better governed for both migrants and their communities.

Migrants were largely unaware of specific risks – only 14 per cent of migrants said they were aware of the scarcity of water and food during the journey, 30 per cent of the war in Yemen and 48 per cent of the boat leg/crossing before leaving – and less than one in five migrants could name safe ways of migrating to the Saudi (18%).

First-time migrants seem willing to disregard risks because they think the outcomes are worthwhile: only eight per cent of migrants consider it is ‘unlikely’ or ‘impossible’ to find a job there, with as many as 86 per cent claiming to know what their future earnings in Saudi will be (expected median income of $453).

In addition, although nearly all migrants reported that they suffered from a lack of food and/or water and many others reported issues during their journey to Obock, 80 per cent do not foresee any challenges for the rest of their journey.

Among measures to reduce the risk, around 40 per cent of migrants informed themselves, around 20 per cent talked to returnees about their journey and time in the Saudi – although only 8 per cent decided to migrate collectively, either with family members or friends.

Travelling in a group was also very commonly reported (62%), although it is unclear whether it was a deliberate risk-reduction strategy or the result of a group arrangement with the broker.

Risk perception refers to migrants’ awareness of challenges along the route, risk preference refers to their willingness to take these risks according to the perceived outcome (reaching Saudi Arabia and finding a job), while risk reduction includes potential precautions against these challenges, whether taken voluntarily or not.

Two additional considerations should be taken into account in explaining the high risk-preference of migrants. When individuals believe that some advantages are only achievable when taking risks, they may resort to non-rational strategies – such as faith or hope – for dealing with risk.

Many migrants regarded a strong belief in God as an important factor that could minimize their probabilities of an adverse outcome. Similarly, hope and optimism made them willing to engage in high-risk behaviour despite acknowledging the reality of possible adverse outcomes.

The research found that many of the young Ethiopian migrants on the Eastern Route to the Middle East remained unaware of the risks of the journey. These include the high likelihood of experiencing hunger, dehydration or contracting waterborne and gastrointestinal diseases in transit, along with the possibility of being abused.

The study is based on interviews with over 2,000 young Ethiopian youth in Obock, Djibouti, trying to reach Saudi Arabia.

Since 2017 at least 400,000 Ethiopians have crossed to the Arab Peninsula, where IOM maintains an outreach programme advising young migrants of the perils ahead. Last year over 120,000 migrants were returned from Saudi Arabia to Addis Ababa.

Most migrants were moving for socio-economic reasons. Many expected to earn seven times more pay in Saudi Arabia than in Ethiopia. Fifty per cent of migrants reported making about USD 61 per month back home, while the median expected monthly income in Saudi Arabia would be USD 453.

Researchers spoke to 18-year-old Bourhan, who was looking to earn a lot of money in Saudi Arabia. It took him a week to get from his village in Ethiopia to Obock. He still had to pay smugglers $150 to get him across the Gulf of Aden, and another $200 to reach Saudi Arabia.

“I have friends who have earned money in Saudi Arabia and now have beautiful lives in Ethiopia. We want to have what they have”, Bourhan says.

His story is typical. Ethiopian youth are egged on by a strong migration culture. Aspiring migrants can easily identify brokers and returnees in their communities.

Many migrants are aware of families within their communities who have improved their living standards with remittances from Saudi Arabia.

The researchers found that families were more involved in the journeys of women (36% received support from their families to cover costs, compared to 21% of men), while 64 per cent of migrants have attempted the journey at least twice before.

IOM Regional Director for East & Horn of Africa, Mohammed Abdiker, says: “This report shows us just how misinformed many Ethiopian youths who embark on these dangerous journeys are. They are ill-prepared, ill-equipped, and often put their lives in harm’s way, opening themselves to abuse and exploitation. The report will enable IOM to better target its work with this community to dispel some of the myths of irregular migration.”

The research follows the launch in 2019 of a multi-stage research project aimed at better understanding the experiences, decision-making, perceptions and expectations of young Ethiopians (15-29) along the Eastern Route to Saudi Arabia. 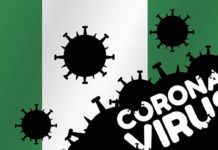 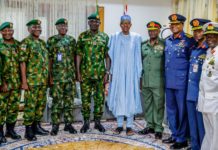 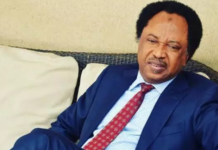