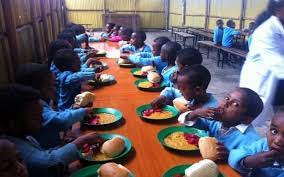 The Home Grown School Feeding Program of the Federal Government of Nigeria is up to a slow start in Plateau State three years after its introduction in the state.

Investigation by our Correspondent in Jos, reveal that this development may not be unconnected with delay in payment of the food vendors by the national office of the Social Investment Program and the discrepancy in the data of schools and number of pupils.

The Home Grown School Feeding Program is a federal government project under the Social Investment Program, SIP, aimed at increasing enrollment rates of Primary school pupils while improving their nutritional status, amongst other things.

Dr. Summaye Hamza, who spoke with our Correspondent in Jos, disclosed that about “2,857 food vendors received payment on resumption in the current term as against the 3,200 who received during the last vacation”.

Dr. Hamza explained that the hiccups in the payment were from the national office in Abuja.

“About 2,857 cooks received payment on resumption this term, as against the 3,200 cooks that received payment during the vacation, because we had challenges at the national office and, for some reasons they under paid the cooks in Plateau State”.

She went further to state that about 207,663 pupils in 1,900 schools spread across the state were currently captured under the project.

“Not only in Plateau State, this error has occurred all over the federation. In fact, we are now trying to reconcile the data again with the National Bureau of Statistics, NBS. We have gone round all the three Senatorial Districts of Plateau State. We have visited some of the Local Government Areas and schools already trying to match these days. In the next payment, I am sure the corrections will be effected”, Hamza enthused.

On the measures put in place to halt the further spread of Lassa fever across the state following the recent outbreak, Dr. Hamza said her office had moved round all the seventeen local government areas of the state, creating awareness on the need for teachers, pupils and food vendors to maintain sound hygiene practices.

Hear her: “We have moved round the LGAs, we met with all Education Secretaries and Desk Officers as well as food vendors. We have given enlightenment to the cooks on the need to cover the food before and even after cooking and; also ensure they keep their utensils clean and covered all the time. The children are not left out as we encourage them to imbibe the culture of hand washing always,” Dr. Hamza added.