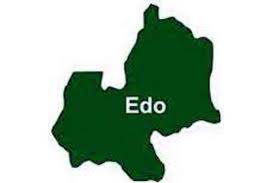 A Human Rights Group, the CLEEN Foundation has identified the use of hate speech and thugs by major political gladiators in Edo State as key security risks that may cause electoral violence during the September 19 guber election in the state.

The Executive Director of the rights group, Benson Olugbuo, in the findings issued on Monday, said although over 76 percent of Edo citizens are looking forward to a smooth electoral process come Saturday, if the political big wigs do not exercise restraint, they may mar the process.

The Foundation recommended that the Federal Government of Nigeria issues intensified commitment to peaceful elections in the State, and encourage all contestants to abide by the electoral act.

It also advocated that the government desist from deploying the military into streets during the elections to avoid heightened militarization of the state that could exacerbate voter apathy.

The Statement suggested a partnership between Edo State Government and religious leaders, professional bodies, and community leaders to encourage and mobilize members to exercise their rights to vote, urging the government to sustain public enlightenment programs through town hall meetings, radio, television, and social media on the dangers of cultism and drug abuse to mitigate their consequences for the elections

“CLEEN Foundation implores Security Agencies to implement robust and ‘right-sized’ deployment of operatives across the 18 LGAs to ensure efficient security provisioning before, during, and after the election. Intensifying surveillance patrols and interdiction operations in high-crime hot spots to deter drug and arms dealings in the state, collaboration with INEC to arrest all electoral offenders, including vote-buying, as well as utilizing the findings of this assessment and others that have provided evidence-based insights on potential security flashpoints to evolve or fine-tune security incident response plan for the elections, would also prove, most beneficial.

“CLEEN Foundation recommends that INEC officials should be professional in the discharge of duty and ensure early distribution of non-sensitive materials to all LGA headquarters. Adequate preparation should be made to deliver all other materials promptly on the Election Day for timely commencement of voting. Also, provide and appropriately communicate to all stakeholders its platform for ensuring transparent counting, collation, and announcement of results. INEC should work closely with security agencies and CSOs for effective coordination of the process, complaints hotlines should be functional.

“Political Parties are advised to commit to a Peace Agreement and be committed to it, encourage their flag bearers and supporters to abide by the provisions of the electoral law, including shunning the use of thugs, cultists and provocative speeches. Also adequately train their party agents to understand their roles and responsibilities to avoid acts that could compromise INEC officials or the electoral process. Also, partner with the INEC to continuously and properly educate the people as well as counter misinformation and incitation that are capable of dissuading people from voting or triggering violence,” the Foundation advocated.

The group implored the media to intensify awareness creation and voter education to discourage apathy and motivate people to vote, as well as deliver refresher training to practitioners to maintain a high level of professionalism, accuracy, and impartiality in their coverage.

According to the group, media houses should continue to monitor and provide an impartial report on the entire electoral process to help protect the integrity of the elections and report only verified information obtained from trusted sources and promote peace messaging.