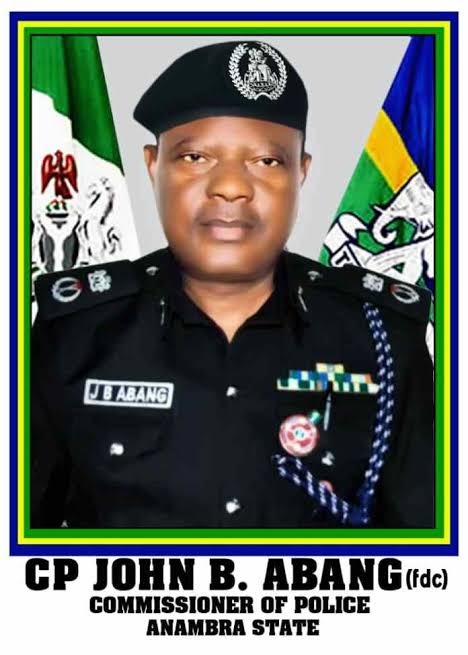 The Police Stakeholders Partnership Forum (PSPF) in Anambra State has called on the State Commissioner of Police, John Abang to investigate allegations of arbitrary arrest, unlawful detention, torture, extortion and malicious prosecution of one Promise Ezeama by policemen.

The allegations were brought against the Officer in Charge (OC) and other operatives of the Special Anti-Cultism Squad (SPACS), Anambra State Command including the ones simply identified as “Jegede” and “Ala Owerri” by Ezeama who is a student of Nwafor Orizu College of Education, Nsugbe, Anambra East Council Area of Anambra State.

Ezeama while narrating his ordeal earlier to the PSPF, said on Saturday, February 2nd, 2020, at about 2:00 am, he and two of his fellow students and hostel mates, were on their way back to the students’ hostel after an Orientation Program organized by the college for its year one student, of which they were part when they were accosted by officers of the SPACS of Inland Town Onitsha Annex.

“When we tried to explain to the policemen where we were coming from, they said they knew because we were the ones they were waiting for. They then put us in handcuffs and called our caretaker Chidubem who confirmed that we are students and residents of the lodge,” he narrated.

Ezeama said from there, the policemen drove them around to other areas of Abata Nsugbe, hunting for other young people to arrest.

“Altogether, we were seven in number that was driven to Inland town Police station Onitsha at some minutes to 3 am. At about 9 am the next day, the ‘Anti-cult’ operatives started torturing us, asking me repeatedly the cult group I belonged to which I insistently denied belonging to any cult group. They handcuffed my hands and legs, joined them together at my back, bending me back with my chest protruding, and then hung me on a ceiling. While I hung in that unbearably painful position, they used the side of a long cutlass to hit me repeatedly, inflicting injuries all over my body and when I could no longer bear the pain, I chose from the list of cult groups presented to me, that I belong to the Buccaneers.

He continued; “They asked who initiated me into the cult and I still told them that I am not a cultist and that earned me a thunderous slap that made me mention my Caretaker- Chidubem, who was the only person that came to my mind at that moment. When my Caretaker came to see me later, the Commander ordered his men to torture him as well.

Later at night, our landlady sent some people with the sum of N100,000 demanded by the policemen as a condition to release the Caretaker. When my sister came to bail me, the officers demanded the sum of N200,000 to release me but she pleaded and they came down to N100,000 as the least they would accept to release me. It was in the process of looking for who to borrow money from to give to the policemen that she met a friend who directed her to a human rights lawyer based in Onitsha, Justus Ijeoma who told her not to pay any dime to the Police for bail and then undertook to step in to secure my freedom.”

He said when his sister did not come up with the money demanded by the policemen to grant him bail, and following the lawyer’s calls inquiring about the case from both the IPO and the OC, they decided to charge him to court on the 4th of February, 2020.

“That day around 7:30 they eventually took only three of us- excluding my Caretaker and others who paid money to be released and headed to Court without giving us notice and opportunity to contact our lawyers. One of the ‘Anti-cultism’ policemen simply known as ‘Ala Owerri’ told me inside the Court that I will see hell in the prison where they will take us to if this court did not hold as he was wishing. Fortunately, before our case was called up, our lawyer, Justus Ijeoma arrived in Court and at his instance, the Magistrate first called the parties to interview them in chambers and after the interview, ‘Ala Owerri’, again told me that if he knew that a good lawyer would appear for us, he would have shot me on the leg and used that as evidence”.

In a petition to Anambra State Commissioner of Police, John Abang, issued by its facilitator, Okey Nwanguma, the PSPF said it is shocked by the victim’s chilling narrative that evokes horror.

According to the statement, “PSPF is aware that the Anambra CP has often expressed zero tolerance for corruption and human rights violation by police officers in the state and has seized every opportunity to caution and admonish officers under the command to always conduct themselves professionally, shun corruption and respect the rights of citizens. The CP recently commissioned a statement taking a room at SARS Awkuzu as one of the measures to monitor and check torture of suspects in custody during interrogation by police officers.

“The alleged actions of the OC Anti Cultism and his men, if found to be true, would be at variance with the CP’s stance on police conduct. The alleged conduct generally undermines police discipline and professional code of conduct and they bring the Police into utter disrepute, create public resentment and deepen negative public perception and mistrust.”

The PSPF called on the State Police Commissioner to order a prompt, impartial and exhaustive investigation to ascertain what happened and ensure that the accused police officers are appropriately disciplined if found culpable.

In a reaction, the State Police Public Relations Officer, Haruna Mohammed said the matter is already receiving attention as the State Police Commissioner has ordered a discreet investigation into the allegations.

Police Stakeholders Partnership Forum (PSPF) is composed of diverse groups of stakeholders in Anambra State drawn from community-based and other civil society organizations, traditional and religious institutions, community and town unions, professional groups including the media, lawyers and academics, women, youth and students, artisans, business, traders and transport unions, persons with disabilities as well as government agencies such as the National Orientation and the Nigeria Police.

It was inaugurated in November 2019 by Rule of Law and Accountability Advocacy Centre (RULAAC) in collaboration with the Anambra State Police Command with support from Open Society Justice Initiative (OSJI) to monitor police compliance with the Anambra State Administration of Criminal Justice Law 2010 and generally to serve as a mechanism for holding NPF personnel to account for rights violations, while growing skills and awareness to ensure prevention and reduction of such violations.