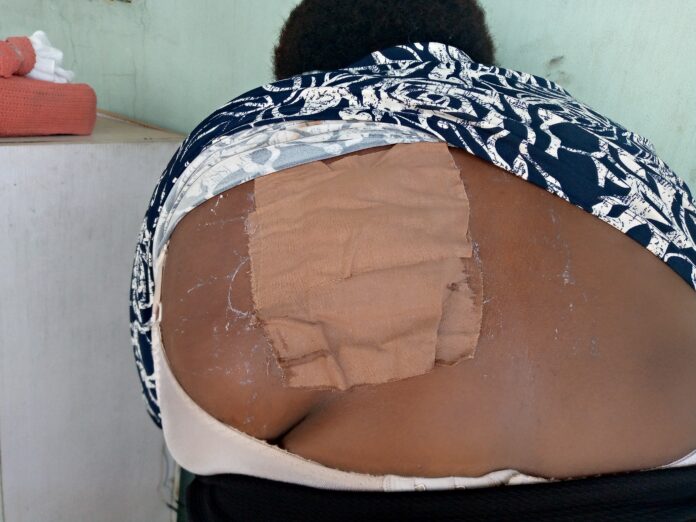 Awka – A Civil Society Organization, Human Rights, Liberty Access and Peace Defenders’ Foundation (HURIDE), has called for the immediate fishing out of the soldiers who shot and killed an Anambra citizen, Anulika Nweke and injured four others during the #EndSARS protest in Anambra State.
Anwulika, who is from Umuzocha Village, Awka, Anambra State, was said to have been shot dead on the 24th of October, when some youths invaded a warehouse housing COVID-19 palliatives at Agu Awka.
Her sister, Uchenna Nweke, who was with her on the same day, had also sustained serious injury wounds on her back and on the arm.
Speaking to newsmen on the development, the Chairman, Board of Trustees (BoT) of the Rights Group, Dede Uzor A Uzor, condemned what it called the despicable and abominable murder of Anulika and shooting of four other Anambra youths at close range by some soldiers.
“While we are not trying to defend their actions, it was clear that the youths ostensibly due to hunger, attempted to break into the warehouses where rice, indomie and other foodstuffs meant for COVID-19 palliatives were kept.
“These items were received months back but were hoarded and kept by the officials of the State Government, apparently waiting to be distributed to party members during the upcoming gubernatorial electioneering in 2021.
“However, when the youths attempted to break into the warehouse, the soldiers guarding the place were said to have opened fire and shot at them at close range.
“In the processs, citizen Anulika was murdered in a cold blood while four  other citizens who sustained various  degree of severe injuries were taken to Amaku General Hospital, Awka and abandoned to their fate without medical attention,” Uzor said.
According to HURIDE, the manner in which citizen Anulika and others were brutally shot was uncivilized, crude and wicked and therefore should be condemned by all people of good conscience.
Uzor called on the Federal government under President Muhammadu Buhari to immediately fish out the soldiers who killed Anulika and inflicted varying degrees of injury on the four others.
The group called on Anambra  State Government to pay the sum of 20 million naira to the family of the deceased as compensation and also tender public apology in four  different newspapers.
“Governor Obiano should reassure Anambra citizens of the security of their lives from some rogue soldiers and other security operatives in the State who kill and maim innocent and defenseless citizens.
“The governor has 14 days to address this all-important matter but if he fails, we shall resort to another round of protests that will shake the foundation of this state and then regard and see him as an “enemy of democracy, constitutionalism and rule of  law,” the group cautioned.