Gesila Khan is a victim of her own devices

The Rivers State Chapter of All Progressives Congress, APC, says its attention has been drawn to claims in the media credited to the Rivers State Resident Electoral Commissioner, Dame Gesila Khan that she was detained by the DSS for 2 weeks.

The APC in a press statement to NF-Reports believes the DSS, that Dame Khan was never detained, rather, the DSS invited her for questioning having been convinced that her actions and deliberate inactions constituted serious threat to the security of Rivers State and, by extension, that of the country .

“Dame Gesila Khan’s decision to be evasive in order not release materials used in the last elections to the APC and to avoid complying with Tribunal Orders on inspection of materials were deemed of grave nature capable of negatively affecting the peace, tranquillity and security of the State and nation. She was making one excuse or the other just to avoid complying with the Orders of Tribunal”, Godstime OrlukwuSecretary,Media & Publicity Committee,APC  Rivers state said.

“If Dame Khan complied with the law, why should INEC national headquarters in Abuja decide to send a task force to Rivers State to deliver the materials as ordered by the Tribunal?

“The APC is convinced that Dame Khan’s latest assertions are only aimed currying public sympathy and drawing attention away from her malfeasance before, during and after the last general elections. We believe that such antics would be unable to exonerate her and her cohorts from their electoral sins in Rivers State” the statement concluded. 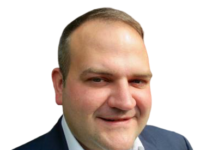 Nigeria records breakthrough in the battle against COVID-19 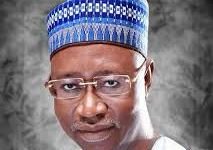