The police often dismiss cases of domestic violence as a ‘family affair’ and are reluctant to intervene even if the woman has sustained serious injury. Customary law offers even less protection. Under sharia, a husband can withdraw maintenance if his wife refuses sexual intercourse and a woman alleging rape must produce four witnesses. A 2010 Africa for Women’s Rights reported that if the rape is not proved, a woman can be punished for adultery with a prison sentence or flogging.
These and many more are examples of subtle discrimination and violence against women in everyday life. The female gender is seen as a subordinate, a lesser human, one with no genuine feelings that should be taken into cognizance. She is seen as a means to an end. A sexual object to satisfy the uncontrollable libidos of men. She is seen as the weaker sex , of which she should remain as such and not demand to be heard, talk more of appreciated.
I know it may seem a lot of feminists over-flog the issue of inequality of the sexes as women are seen to be rising to leadership positions where they are not only heard but impact directly on the society, but the truth remains that women are stifled on a regular basis with the impact of obnoxious traditional norms which do not fancy a woman with an opinion much more a demand.
Another major issue militating against the emancipation of women from poverty and reclusion is the diminishing property rights especially in regions of origin with emphasis on the Igbo region.
A woman will find it extremely difficult or not even possible to own a land in her ancestral home. These lands are reserved for men or for women who have children that are males. Women are given farm lands to cultivate in order to assist in fending for the family but these lands which is assumed to be theirs are not for them to make any major decisions with. They are reserved for their sons or husbands to develop and by extension reap from the gains.
You hear an average person in Igbo land retort that, “Nwanyi o na-enwe ala” ? meaning “does a woman own a land”? These are many ways that women are kept in the background, preventing them from owning properties, having economic power and gaining recognition in their home stead.
Patriarchy has only assisted in diminishing the females. It aims to remove them from the radar and as such exclude them completely from impacting meaningfully on the wider society.
Katchy Ohiaeri, 2018
Katchy is a social critic who resides in the Federal Capital Territory, Abuja. 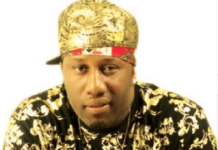