John Ma’aji Kwasau has been arraigned before Justice M.T. Tukur of a Kaduna State High Court on a one-count charge bordering on obtaining by false pretence.

Kwasau, who was the  District Head of Duste Gaya, Kajuru Local Government Area in Kaduna State, allegedly posed as a heir to the estate of late Honourable M.I. Yakubu.

He had allegedly deceived Nura Muhammad into believing that he had the mandate of the family of the deceased to legally dispose off a landed property on their behalf.

Having duly convinced him about the interest of the family to sell the plot of land, Nura paid him N7 million.

However, he later informed Nura that he was yet to secure the authority of the family to sell the plot of land.

Several appeals by his victim to have his money refunded was rebuffed, thus, Nura took his cry to the Economic and Financial Crimes Commission (EFCC).

Count one of the charge reads: “That you, John Ma’aji Kwasau sometime in 2013, in Kajuru, Kaduna State within the Judicial Division of the Honourable Court with intent to defraud, did obtain the sum of N7,000,000 (Seven Million Naira) from Alhaji Nura Muhammad under false pretence that you had the authority of the members of Hon. Yakubu M. Ishaya’s family to dispose off their landed property situated at Mararaba Girku, Nassarawa State, a pretence you knew is false and you thereby committed an offence under Section 1(1) (a) of the Advance Fee Fraud Related Offences Act and punishable under Section 1(3) of the same Act.”

He pleaded “not guilty” when the charges were read to him.

Prosecuting counsel, Esmond Kogi, urged the court to fix a date for commencement of trial.

Defence counsel, A. Maisamari, on his part, moved an application for the bail of his client.

Justice Tukur, thereafter granted the defendant bail in the sum of N1 million and a surety in like sum who must own a property within the Kaduna metropolis with a certified Certificate of Occupancy, C of O.

The case has been adjourned to January 24, 2019 for commencement of trial. 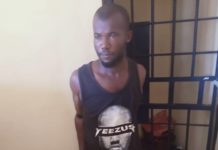 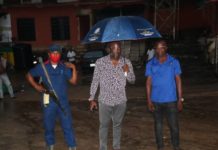 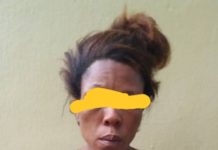