Arsenal, Chelsea, Manchester United, and Manchester City stars have been included on the shortlist for the Fifa Men’s Player of the Year award.

The award has been resurrected after the governing body split with France Football – who run the Ballon d’Or.

With different voting rules to the former prize, the Player of the year award gives fans a chance to vote on the winner – as well as journalists and national teams’ captains and managers.

Notable differences in the two awards’ shortlists include Arsenal’s Mesut Ozil and Alexis Sanchez, and Chelsea’s N’Golo Kante, being named on the Fifa list but not the Ballon d’Or’s.

– The Ballon d’Or is voted on by only European journalists, and is organised by French publication France Football
– Meanwhile the Fifa’s Player of the Year is 50% national teams’ captains and managers votes, and 50% split between an online poll of fans and a selected group of over 200 media representatives.
– The Ballon d’Or has a shortlist of 30, while the Player of the Year has only 23 nominees 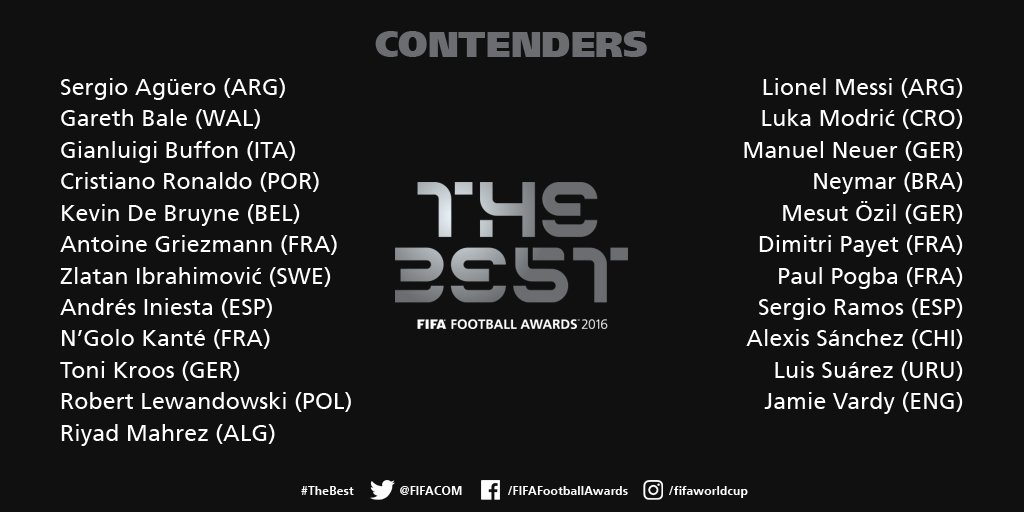