…says ‘Joromi’ was divinity at work Fast rising actor and model, Abubakar Joseph Momodu also known as Mr Joromi is gradually becoming a household name in the Nigerian entertainment industry. Playing lead roles in numerous Nollywood movies and popularly known for starring as songstress Simi’s love interest in the hit single ‘JOROMI’, the Delta State University graduate in this interview with Emmanuel Okogba, opens up on where he is coming from, where he is now, how he deals with the fame associated with his profession and plans for the future. Excerpts… Abubakar Joseph Momodu (Mr Joromi)

Can we meet you?
Of course you can meet me all the time except for negative reasons (laughs). My name is Abubakar Joseph Momodu, I hail from Etsako-west, Agbede, Edo State. I was born into the royal family of Oba Momodu II of Agbede as a Muslim but now a committed Christian.

Why entertainment? Was yours a case of knowing from childhood that you will be an entertainer?

Yeah, in this regard I’m certain it’s my calling. The drive was from childhood, without no formal training or taking it as a course of study. I made my debut as an actor as young as 7years old, on stage at our church then, Holyghost Intercessory prayer ministry. From that moment onwards the audience kept yearning for my presence on stage and gradually it became a second part of me, my second half acting.

You have earned for yourself the sobriquet ‘Mr Joromi’, thanks to that Simi’s hit. Share with us how you met Simi and how you landed that role

Mr Joromi as I’m fondly called now in the industry is one of the greatest things that happened to me and my career in the year 2017. While I will forever be grateful to Simi for writing such an impeccable song in the first place, I also feel the whole thing was divinity at work. Several modeling agents submitted pictures of their best male models that could fit the same role, guys that had better looks and stature than me but God Almighty in His infinite mercy decided that this emblem Mr joromi befits the model called Joseph. And by His grace I was the most preferred among a large number of premium models in Lagos.

Aside being a model, you are also an actor. How has the experience been for you, meeting with and being on the same set with people you used to watch before now on TV?

Hmm…I must say categorically that it’s somehow. Though sometimes I just shrug inside me and this confidence overtakes me and I see them as the same level with me, that feeling helps me act better and be myself, while in another regard I become star-struck and it affects my acting, confidence and delivery. This largely depends on the particular star in question and is more prominent to our A list actors but after maybe my first scene with them everything just becomes normal to me and I begin to flow as if I have known or been colleagues with the person for ages.

Hmm…Love and Sacrifice as the movie was titled then, produced by one Highcallings Multimedia where I played a sub lead role Ikenga. The project was actually an eye opener for me, despite all the efforts and stress involved it never came out. I lost my 200L school fees to this project, actors were practically feeding themselves on the set and when they mistakenly made provision for food, it’s as good as eating poison. Though in another regard the project helped me build my strength on acting. After that project, I played a prominent role in what was my debut project into Nollywood, a series called Civilian Barracks by Mega Creations. What is the most challenging role(if any) you have taken up and why? Playing the character of a cross dresser in a web series called Inspector K by Suss production and Redtv. I actually took up the role for two reasons…first because of the money and secondly to be more flexible in terms of versatility.

What do you think of the Nigerian movie industry (Nollywood). Does the emergence of cinema quality movies mean it is getting closer to attaining the ‘Hollywood’ status?

Infact our movie industry has metamorphosed to a point where our content is now appreciated globally…thanks to the cinematic intervention. Our actors here now feature more often on international gigs, our storylines now have both foreign and local appeal, multinational companies now seek to collaborate with our producers down here to produce. All these were not forthcoming until the cinema emerged.

Has your family always been supportive of your choice of going into acting and how have you coped with the fame especially with female fans?

Yes of course, my family has shown maximum support in all ramifications, right from the cradle of my career till date. Both financially and spiritually. As for the fame and female fans I must admit at this point that it’s not easy, mainly because, the aggregate of my fans are female as a result of the Joromi video and that particular basketball scene. They love the way I carried Simi, they perceive it as if I may be able to carry every other girl (laughs). Then again the fame thing is one hell of an unending task, you must look good all the time and be in the right mood to take pictures with people no matter where you are or what you are doing, they will surely come through. People reading this, especially the females who want to ‘shoot their shot’, I believe will want to know if you are in a relationship or searching I think at this point the shots should stop coming biko except if it’s business wise obviously (laughs). I’m in a serious relationship and still searching, I mean searching for money to seal up everything. How then does your partner cope with the attention you get from female fans? She’s still coping (laughs)…it’s not easy for her I must say. At some point she becomes jealous while most times she claims she understands. You know girls and their shenanigans while taking pictures or expressing compliments to a public figure. Are you working on any project now and what should we expect from you this year? I’m actually working on two projects. The first is the star studded cinema movie Big Fat Lie directed and produced by Darasen Richards and the second is On My Honour produced by Kingsley Omoefe and directed by Samuel Ogunbiyi DGN, plus other underground projects I will not like to mention until due season.

A word of advice to those who want to join the entertainment industry?

Let it be known from the inside of them that the journey is indeed going to be a tough one, such that only the strong, diligent and consistent makes it to the top no matter what. Of course professionalism is indispensable to their success. They must also embrace God. He’s the only true reliable source not man. 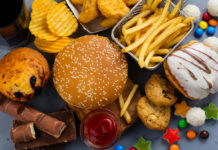 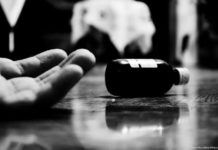 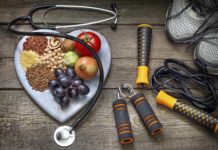