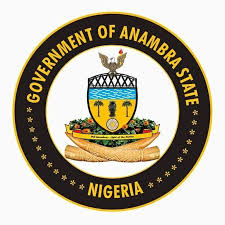 Awka – Following reports of growing incidences of touting, extortion and illegal revenue collection on the streets of major cities of Anambra, the state government has announced ban on all forms of road revenue collection with immediate effect.

Recent weeks have witnessed serious increase in the menace of gangs of people, who pretend to be agents of the State Government, demanding and collecting money on the road from mostly travellers in cities and towns, especially Onitsha, Obosi, Nnewi, Amansea, Ogidi, Nkpor, among others.

Their illegal, violent and brazen activities have resulted in serious security breaches and harassment of law-abiding citizens, even as government claims none of the revenues so collected has ever been paid into its coffers or any of its agencies.

Addressing newsmen on Tuesday, the Anambra Commissioner for Information and Public Enlightenment, C-Don Adinuba, said the State Government has decided to ban all forms of road revenue collection, urging the people not to pay any money to anyone on the road, claiming to be a state revenue agent or official.

“People should resist such intimidation and extortion. In fact, any person who purports to be a revenue officer or agent and demands payment on any of the roads in the state should be reported immediately to the nearest law enforcement officer. The name and, where possible, the address of such a person should be provided quickly to the authorities. Pictures of such a person, which are easy to capture in these days of smart phones, should be provided, too,” he advised.

Adinuba revealed that all law enforcement agencies in the state, including the Anambra Vigilante Group (AVG) have been directed to ensure strict implementation of the decision on the ban on revenue collection on all the roads in the state.

He also directed all market and transport union leaders to take the order very seriously and work in collaboration with government officials to provide security, joy and happiness to citizens of the state.

“Anambra State is governed by law and order, and the Governor Willie Obiano Administration will not brook any attempt by gangs of lawless and self-serving elements to make life miserable for Ndi Anambra, especially in this Christmas Season,” Adinuba concluded.