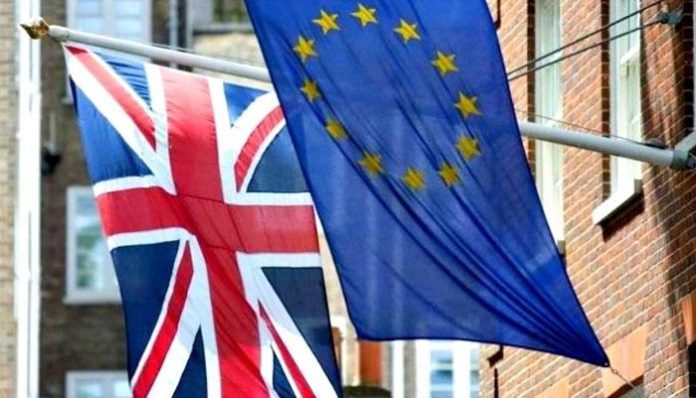 “There was full agreement on the need for an extension,” an EU official said after ambassadors to the 27 countries staying together in the bloc met to discuss postponing Britain’s exit, less than a week before the current deadline of Oct. 31.

“Work will continue over the weekend” and the envoys will meet again in Brussels on Monday or Tuesday, the person said.

A day after admitting that he will not meet his “do or die” deadline of Oct. 31, Johnson said it was up to the EU to decide on an extension but that Britain “should be leaving on Oct. 31”.

“Of course October 31 is still possible — we could leave on Oct. 31 — unfortunately it depends on what the EU says,” he said, adding that if opponents frustrate his bid for an election on Dec. 12 his minority government would not engage in pointless “Brexitology” in parliament.

The EU envoys, who met for about two hours, had been due to discuss the length of a third delay to Brexit but diplomats decided to hold off to let political events play out in London.

One EU diplomat said France pressed the other 26 to wait and favored a respite until Nov.15 or Nov.30 only to keep pressure on the House of Commons to approve Johnson’s deal or face a disorderly Brexit.

“Everyone wanted a decision today. But France had a problem with that and wanted to wait until Monday/Tuesday to see what happens in London,” the diplomat said. “We will come back to this discussion on length after the weekend. And this time is to be used for political consultations.”

A French diplomat said the 27 agreed to grant a delay in principle and, unlike before, to do so without convening an emergency summit of EU leaders — a sign of how fed up the EU is with the Brexit saga.

“On the length, we will find an agreement early next week. The work of reaching consensus takes a bit of time but it’s moving forward,” the person added.

French President Emmanuel Macron has previously managed to sway the bloc’s extension decisions significantly, meaning delay options still range from just two weeks to the three months — to Jan.31, 2020 — requested by Johnson, or even longer should it be clear that Britain is headed for an early election.

Any delay can only be granted unanimously and it could come as little as 60 hours before Britain would otherwise crash out.

According to a draft document seen by Reuters ahead of Friday’s meeting, a delay was to be granted “with the view to allowing for the finalization of the ratification” of the divorce agreement sealed with Johnson last week.

The draft text left the Brexit date blank, but said the split could take place earlier if ratification was completed — an idea dubbed a flexible extension or “flextension”.

A two-tier delay was also on the cards, meaning one decision might come with two possible dates for Brexit, depending on if and when the deal is ratified.

“This extension excludes any reopening of the Withdrawal Agreement,” the draft decision also said, reminding Britain it would remain a full, paying member state until it leaves and should not seek to stall crucial EU decisions.

The bloc is still intent on preventing the most damaging no-deal split. But it is also tired of the intractable divorce.

A joke in that spirit was being shared among EU diplomats: “The year is 2192. The British Prime Minister visits Brussels to ask for an extension of the Brexit deadline. No one remembers where this tradition originated, but every year it attracts many tourists from all over the world.”