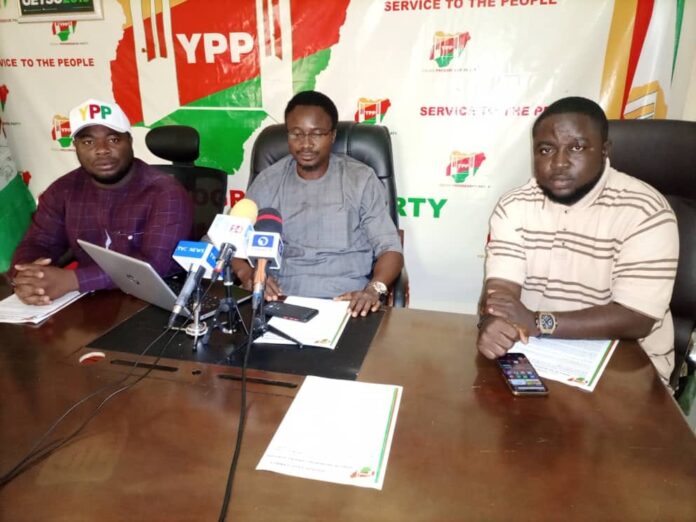 The Young Progressives Party has stated that the rot in the Nigeria Police is a tiny fraction of a bigger Nigerian problem, stressing that it’s time to address the foundational decay through restructuring.

The party, in a press conference on Thursday by its National Publicity Secretary, Egbeola Wale Martins, pledged its support for the lingering #EndSARS protests rocking the nation.

Martins said “The Young Progressives Party in solidarity with the Nigerian youths condemn all forms of Police/FSARS harassment, brutality, and extrajudicial killing of innocent citizens both in the past and present especially in the last eight days where some citizens taking part in the #EndSARS peaceful protests across the nation have either been arrested or killed.

“It’s illogical to continue to do things the same way and expect a different result, hence, the incessant attacks by the Nigerian Police will only further aggravate the resolve of a more conscious and resilient demographic group who are tired of being taken for granted and have eventually discovered the extent of power in their collective will to challenge the system. It would be disastrous to attempt to test this will.

“While we commend President Muhammadu Buhari for listening to Nigerians by disbanding the dreaded #FSARS unit of the Nigeria Police and further accepting to act on other demands, the failure of the steps taken by the government to assuage the protesters is enough indication that there is a trust deficit between the government and citizens.

“The Nigerian youths should however not be blamed for this perception as successive governments have made several promises in the past, especially as it borders on the need to end or reform SARS but failed. Even more worrisome is the fact that the President Mohammadu Buhari led APC that rode to power on the mantra of change, has done nothing but validate this perception by reneging on almost all electoral promises, especially on the promise to restructure the country.

The party’s spokesperson said the current systemic failure can only be addressed through a holistic restructuring of the country to make it more productive and sustainable, else, it will only be a matter of time with this newly found consciousness by the Nigerian youths that they will begin to organize protests on the myriad of other issues affecting us as a people such as high rate of unemployment, poverty, and insecurity to mention but a few.

“It is noteworthy that the #EndSARS struggle has gone beyond the core agitation of Police reform as the need to drastically reduce the cost of governance, accelerate the process of the ongoing electoral reform at the National Assembly and complete accountability in government has never been more urgent,” he said.

We salute the courage of Nigerian youths for taking their clamour for a better society beyond social media and matching words with actions. We are glad that we are no longer orphans in the struggle for good governance as the Young Progressives Party remains the only political party in Nigeria to have embarked on peaceful protests on two different occasions this year to demand for restructuring, electoral reform and good governance.

While commending the resilience of Nigerian youths, he called call on them to consolidate on the latest feat achieved in the area of social consciousness by participating in politics and taking over political leadership at all levels so that we can alter the system and correct the very things responsible for taking us to the streets.

“The transfer of political power can only be achieved through the ballot and the only vehicle to secure a mandate is through a political party, hence, we appeal to Nigerian youths to take ownership of the Young Progressives Party, which is the only political party in Nigeria with a vision to build an egalitarian society anchored on Nigerian citizens as the prime resource driven by young visionary and mentally Progressive leaders without greed”.

The party also called on President Muhammadu Buhari to rescind his decision appointing his personal aide, Mrs. Lauretta Onochie as an INEC Commissioner, noting that she is a member of the APC and cannot be trusted with the mandate of conducting a transparently free and fair election as an interested party without conflict of interest.

“This is an ill-conceived action capable of further expanding the trust deficit that has been responsible for keeping our youths on the streets in spite government’s assurances that their #EndSARS demands have been met”.