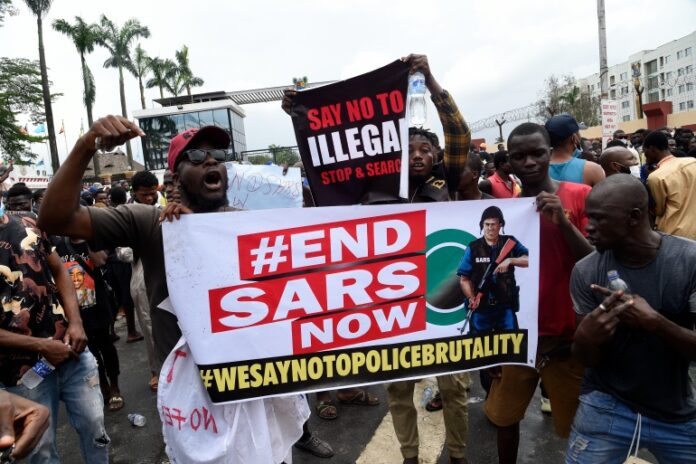 As the #EndSARS protests continue in parts of Nigeria, the Federal Government is working assiduously to meet the demands of the protesters.

The protesters’ demands include the immediate release of those arrested and justice for victims of police brutality.

The protesters are also calling for the setting up of an independent body to oversee the investigation and prosecution of all reports of police misconduct.

They are calling for psychological evaluation and retraining of all disbanded SARS officers before redeployment.

The #EndSARS protesters also demand an increase in salary of police officers.

To meet the demands of the protesters, Inspector General of Police Mohammed Adamu on Oct. 11, dissolved the SARS outfits across the country and FCT.

NAN recalls that President Muhammadu Buhari, while addressing the nation on Oct. 12, said the dissolution of SARS was the first step in the reform of the police.

The IGP on Oct. 13 also ordered all defunct SARS operatives to report at the Force Headquarters for debriefing, as well as, psychological and medical examination.

The examination is to be carried out by the new Police Counselling and Support Unit (PCSU).

The National Economic Council on Oct. 15, directed the immediate establishment of state-based Judicial Panels of Inquiry across the country to receive and investigate complaints of police brutality.

The panels which include representatives of youths, students and civil society organisations, are to be headed by a respected retired state High Court judge.

The panels have six months to complete their assignments.

NEC directed governors and the FCT minister to take charge of the interface and contact with protesters in their domains.

The governors are also to immediately establish a Victim’s Fund to facilitate the payment of monetary compensation to deserving victims.

However, the protesters have added fresh demands to their list.

Others are public office reforms, health reforms, as well as, reduction in the cost of governance.