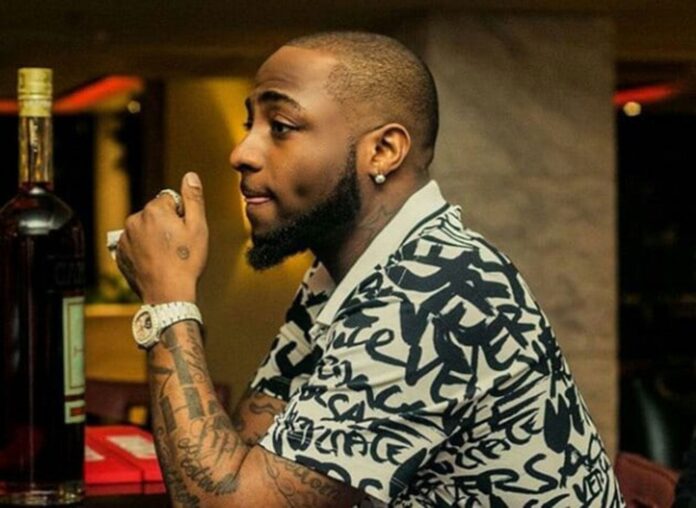 Davido, who made the call in a post on his official Twitter handle, also declared Buhari wanted for murder.

“Buhari it’s game over step down,” he Tweeted.

The artist sued for the President’s resignation after personnel of the Nigerian army opened fire on and shot at peaceful protesters at Lekki Tollgate on Tuesday, killing many, with several others injured.

Recall that there have been protests across the nation in the last two weeks calling for an end to Police brutality.

He studied Business Administration at Oakwood University before dropping out to make beats and record vocal references. Davido rose to fame after releasing “Dami Duro”, the second single from his debut studio album Omo Baba Olowo (2012), from which six additional singles—”Back When”, “Ekuro”, “Overseas”, “All of You”, “Gbon Gbon”, and “Feel Alright”—were taken. In 2012, Davido won the Next Rated award at The Headies. Between 2013 and 2015, he released the hit singles “Gobe”, “One of a Kind”, “Skelewu”, “Aye”, “Tchelete (Goodlife)”, “Naughty”, “Owo Ni Koko”, “The Sound” and “The Money”.

In January 2016, Davido announced on Twitter he had signed a record deal with Sony Music and a few months later founded the record label Davido Music Worldwide (DMW), to which acts Dremo, Mayorkun, Yonda and Peruzzi are currently signed. In July 2016, Davido signed a record deal with Sony’s RCA Records. In October 2016, he released the 5-track EP Son of Mercy, which was supported by the singles “Gbagbe Oshi”, “How Long” and “Coolest Kid in Africa”. In April 2017, Davido re-negotiated his contract with Sony due to creative control issues and later that year he released five singles including “If” and “Fall“. “If” generated worldwide social media activity while “Fall” became the longest-charting Nigerian pop song in Billboard history. Davido released his second studio album A Good Time in November 2019. It was supported by the previously released singles “If”, “Fall”, “Assurance”, “Blow My Mind” and “Risky”.