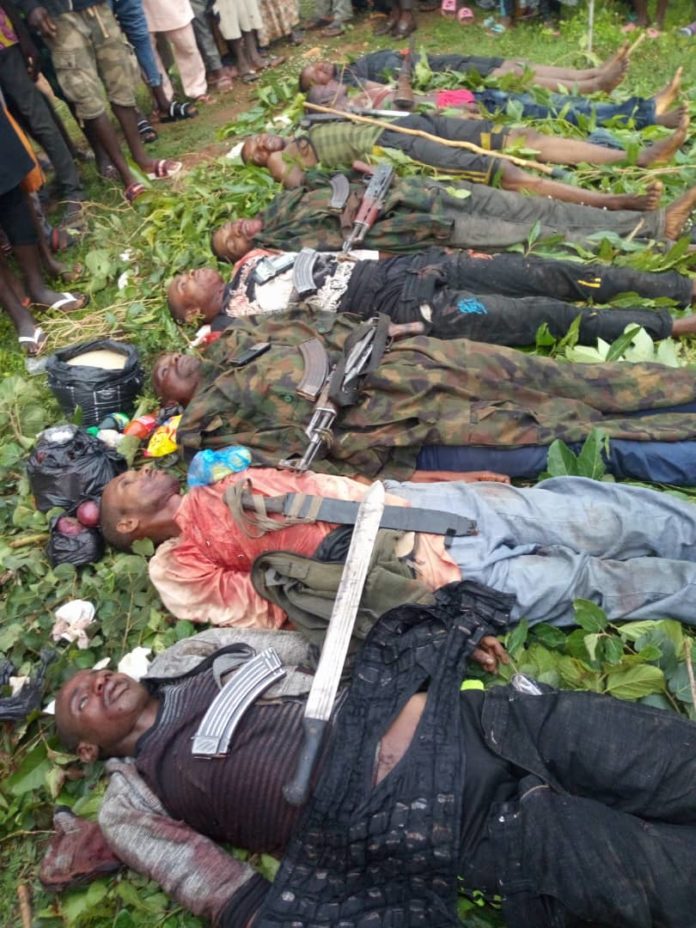 Eight suspected kidnappers have been gunned down in Taraba state after an exchange of gunfire with the police, with arms and ammunition recovered from them, the Police in Taraba says.

A police statement made available to The News Chronicle, says the kidnappers were intercepted while attempting to carry out the act in Bali LGA.

The statement says, on 2/5/2020, reliable intelligence indicated that a group of kidnappers armed with sophisticated weapons have concluded plans to kidnap some residents of Bali town and that on receipt of the information, the Divisional Police Officer mobilized his men and swung into action.

According to the Police, on the 23/05/2020 at about 0205hrs, the DPO and team mobilized and embarked on surveillance patrol in Gadzabu and environs, been outskirts of Bali.

While on surveillance, they intercepted the kidnappers on their way to actualize their plans. Immediately they sighted the policemen, they opened fire on them which led to an exchange of fire.

Consequently, eight of the kidnappers were fatally wounded and later confirmed dead by a medical doctor.

The statement further says that the Commissioner of Police Taraba State Command, wish to reiterate the commitment of the Command towards curtailing all forms of crime and criminal activities in the State.

“He used this medium to appreciate the good people of Taraba State for providing reliable information which has been assisting us in tackling crimes and criminal activities in the State” and “warned all criminal elements to surrender or desist from their criminal acts or face the consequences of their acts”, the statement concluded.