•Says Ibe’s inclusion will be on merit Super Eagles Coach, Gernot Rohr is full of admiration for players of the team, saying they are about the most talented set of players he has handled as a manager. The Franco-German coach was appointed coach of the team last year with a clear mandate to ensure that Nigeria qualifies for the 2018 FIFA World Cup in Russia. Rohr has handled the Eagles in three games, and has a perfect run after picking up victories in the three games against Tanzania, Zambia and Algeria respectively. While many have praised his tactical depth as part of the reason why the team is excelling in the World Cup qualifiers, where they are currently topping their group that comprises Algeria, Cameroon and Zambia, the manager insists that it wouldn’t have been possible without his players. Gernot Rohr “When you walk with the set of players that I have, they make your job easy. They are clearly in the list of one of the best bunch of players I have coached in my career. They are humble and easy to coach”, Rohr said during an interview with owngoalnigeria.com at the Glo CAF Award gala. \Meanwhile, the possible invitation of Bournemouth star Jordon Ibe to the Super Eagles won’t be as fast as many have expected with Rohr admitting that competition is stiff in the attack of the team. Ibe has indicated his willingness to play for Nigeria after initially snubbing overtures to play for the team, when he had his breakthrough at Liverpool. However, his latest decision has been hailed by some Nigerians who view him as a positive addition to the firepower of the team. But Rohr has said his inclusion will be based on merit. “We have options in attack, and if Ibe is truly willing to play for Nigeria then he will also be a part of the options we have in attack. He is a good player but other players in his position are not doing bad as well”, Rohr said. “The idea is to select the best players for Nigeria at all time. We need our best legs to help our dream of going to the World Cup 2018, hopefully we will have the players we want for specific games”. 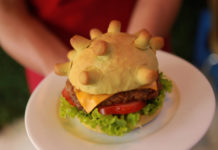 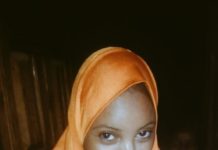