“Incredibly nice guy, slightly nerdy, smart, very very funny, great sense of humor about himself, but he’s got the body of the Hulk,” said Cagle. “It’s like the ultimate sexiest man alive, like we built him from a kit or something.”

Johnson has become the highest paid box office star in the world and lent his voice to Disney’s upcoming animated film “Moana,” to be released on Nov. 23.

New categories were added to one of the People’s most anticipated issues of the year, including “perfect pairs,” which features sexy superstar duos such as George and Amal Clooney and John Legend and Chrissy Teigen. 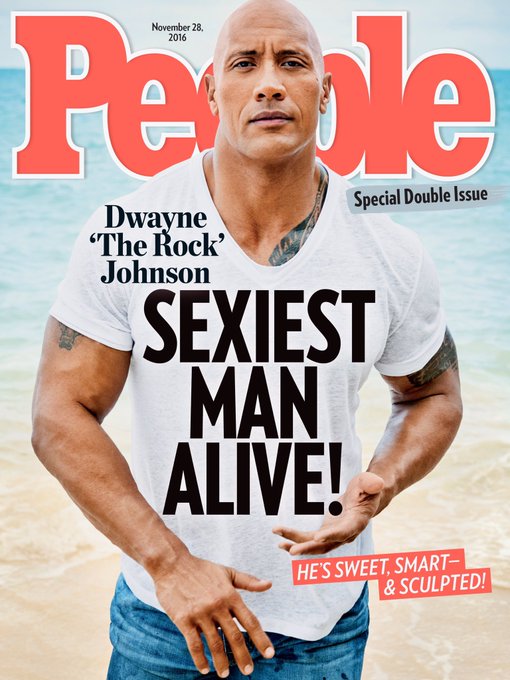 In his interview with People, Johnson said he thinks the sexiest thing about him for his fans is his sense of humor.

“The Rock” shared one of the most romantic things he has ever done with his girlfriend, Lauren Hashian, the mother of their 11-month-old daughter.

“I was in the kitchen one morning, and we were talking about Percy Sledge — ‘When a Man Loves a Woman.’ And she goes, ‘Oh, I love that song.’ And then before we went to bed, I called her into the bedroom, put my phone on, hit play, and it was [that song]. And we slow danced. On the romantic chart, that might be up there.”

The former pro wrestler also said there’s a “good chance” that he would run for president one day.

“I used to say it jokingly, but every time I was asked, it was with a real genuine interest. And it was very earnest. And so I started to really think, ‘Could I make a difference? Could I surround myself with really brilliant people to help me make decisions? Do I care about this country?’ And when the answers continued to come up yes, then I thought there’s a good chance. Yeah, one day,” he told the magazine.

The Walt Disney Co. is the parent company of ABC News.