President Muhammadu Buhari on Thursday warned that he would not tolerate past practice of extorting money from applicants before being recruited into the police force.

The President gave this warning sequel to Monday’s approval by him for the recruitment of 10,000 policemen and women.

He said that he would not tolerate any irregularities or extortion of money from unemployed Nigerians in the coming recruitment into the police.

“You must ensure that the recruitment process is transparent. Those who will conduct the recruitment must be above board. It should not be heard that they receive gratification or extort money from those who want to enlist in the police,” the President warned.

He spoke during a meeting with officials of the Ministry of Police Affairs and the Police Service Commission in the Presidential Villa, Abuja.

A statement by Presidential spokesman, Femi Adesina, quoted Buhari as also directing the Inspector-General of Police, Mr. Solomon Arase, to prune down the number of policemen attached to dignitaries across the country.

He also directed the police boss to redeploy all policemen withdrawn from such roles to regular police duties.

On the lack of timely promotions in the force, Buhari counselled the PSC to review the current structure of the police, and make recommendations on how the problem could be solved to boost the morale of serving policemen.

The Permanent Secretary of the Ministry of Police Affairs, Dr. James Obiegbu, while briefing the President, had listed inadequate police personnel, dwindling finances and non-rehabilitation of police training schools as some of the challenges facing the police.

Chairman of the PSC, Mr. Mike Okiro, said the country needed more than the current 305,579 policemen and women for effective policing.

He thanked Buhari for approving the recruitment of additional 10,000 policemen and women.

Okiro, while speaking to journalists after the meeting with the President, said Nigeria had a deficit of 19,500 policemen.

He said the recruitment of 10,000 policemen promised by the President on Monday would not commence immediately because there were guidelines and procedures to be followed.

He explained that the police had only replaced 1,500 out of the more than 21,000 policemen who left the service as a result of death, retirement or dismissal.

He said the situation had left a huge deficit that is currently affecting the operation of the force.

He said, “Over the years, more than 21,000 police officers have retired, some dismissed, some died between 2010 and today.

“Of this number, only about 1,500 have been replaced, leaving a deficit of a very large number.

“So we discussed this with Mr. President. Of course, you are aware that a few days ago, Mr. President said the police are going to embark on recruitment of 10,000 people.

“We discussed with him on modalities and how to ensure that the 10,000 people are recruited to maintain the security of Nigeria.”

When asked how soon the recruitment would commence, Okiro said infrastructure had to be put in place before the exercise could be carried out.

He said most of the police training equipment had become obsolete.

He said while some of them would need to be replaced, some others would be renovated first before recruitment.

“There will be procedures and guidelines before recruitment takes place. So when all these things have taken place, the ‘i’ is dotted and the‘t’ is crossed, recruitment will start,” Okiro said.

He said that the President had assured him and his team that the police would be encouraged by being well-funded and well-equipped within the provisions of the budget to make sure Nigerians received adequate security service.

The recruitment conducted by the Nigeria Immigration Service in March 2014 led to the death of at least 16 young job seekers during stampedes at the various recruitment centres.

Whereas the available opening to be filled by the NIS was 4,000, no fewer than six million candidates were said to have been invited to participate in the exercise, which held in centres across the 36 states and the Federal Capital Territory.

All the applicants were said to have been made to pay N1,000 for application forms 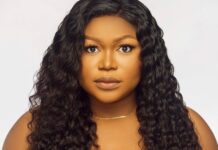