Lagos – Skeletal activities were on Tuesday being rendered in both the Federal and Lagos State Government-owned hospitals in Lagos as the Nigeria Medical Association (NMA) embarked on sympathy strike with their colleagues.

The NMA in Lagos State chapter had directed its members in the Federal Government-owned hospitals to join the sympathy strike.

The issues in contention include the continued employment of doctors as casual workers and non-employment of resident doctors in the Lagos State University Teaching Hospital (LASUTH), Ikeja.

Others issues were the alleged non-payment of their salary arrears for May, 2012, and July, August and September, 2014 due to the “No Work, No Pay” policy of the state government.

The NMA Chairman in Lagos State, Dr Tope Ojo, on Monday directed his members in both the federal and state government-owned hospitals to run only emergency services during the sympathy strike.

Media reports have suggested that doctors at LUSATH are only attending to emergency cases.

Other health personnel including nurses, pharmacists and laboratory scientists were seen attending to the  few patients on admission and in the out-patient unit.

Normal activities are going on at the National Orthopaedic Hospital, Igbobi and Gbagada General Hospital as the doctors were seen on duty attending to patients.

Nike Ayo, Public Relations Officer at the National Orthopedic Hospital, said that doctors under the aegis of  Association of Resident Doctors had written to the hospital’s management on the strike.

According to her, the resident doctors  had notified the hospital authorities about  the directive of the union to proceed on indefinite strike in  support of  their counterparts in the state.

The NMA Publicity Secretary, Dr Ibrahim Ogunbi, asaid that doctors were only on ground to render emergency services.

Ogunbi said that doctors were passionate about their patients and would ensure that they get medical attention in spite of the strike.

He said that the national body of the association might be involved in the strike  if the state government refuse  to accede to the doctors’ demands.

“Lagos State Government has remained unresponsive and has decided not to care for the people. NMA has joined the strike, but we are also providing emergency services.

‘If the Lagos State Government does not do the needful, it may be a national issue,” he said.

Also speaking, Dr Sa’eid Ahmad, the President, Association of Resident Doctors, LASUTH Chapter, urged the public to appreciate the doctors who make sacrifices  to ensure that they were attended to.

Ahmad said: “The objective of this industrial action is not to punish the citizens or watch people dying.

“We are still offering emergency services and as for those patients that have been on admission before the commencement of the action, we are still attending to all of them until they get well and are discharged.”

He said that there had been no progress on all the doctors’ discussions  with the state government in spite of the interventions by both the national and state chapter of NMA.

“We will attend to patients only on emergencies as the doctors have provided services for emergencies,” he said.

“But, the doctors are attending to the patients available and those in the wards are also being taken care of.” 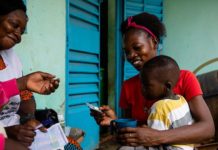 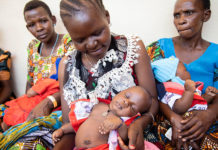 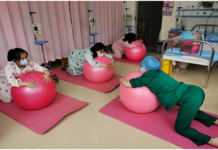