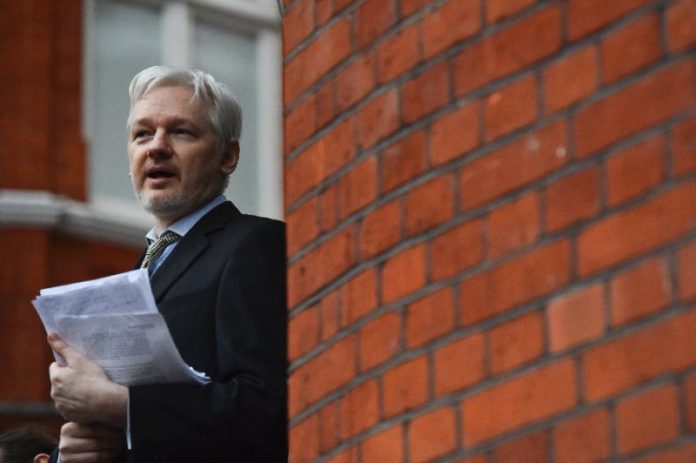 Should journalism ever have a deity worth His, Her or Its salt, looking down upon the recent proceedings against Julian Assange will provide endless choking fits of confusion and dismay.  The prosecution continues in the twisted logic that engaging a source to disclose something secret while also protecting anonymity is somehow unnatural in the world of journalism.  Most prosecutions in this regard tend to be ignorant of history and its various contortions; theirs is to simply fulfil the brief of a vengeful employer, in the now, in the falsely clear present.  If their reasoning could be extended, the likes of those in press land would spend far more time in prisons than out of them.

The savagery being meted out to Assange is evident by receiving the maximum sentence for skipping bail.  Fifty weeks may not seem like much in the scheme of things, but when you consider relative punishments, it smacks of a certain state vindictiveness.  What the decision also ignores is the entire context of Assange’s escape to the Ecuadorean embassy in 2012. Since then, Britain has abandoned that beastly instrument known as the European Arrest Warrant, the Swedish allegations against him for sexual assault have been withdrawn and he, importantly, was found to be living in conditions of arbitrary detention by the UN Working Group on Arbitrary Detention.

The refusal to take the decision of the UN Working Group seriously has been a hallmark of British justice, one skewed in favour of handing out to Assange the worst treatment it can find.  In 2016, the body, chaired by Seong-Phil Hong, found that “various forms of deprivation of liberty to which Julian Assange has been subjected to constitute a form of arbitrary detention.”  The Working Group further maintained “that the arbitrary detention of Mr. Assange should be brought to an end, that his physical integrity and freedom of movement be respected, and that he should be entitled to an enforceable right to compensation.”

The UK Government, for its part, decided to rebuff the decision.  “The original conclusions of the UN Working Group are inaccurate,” came a scoffing statement, “and should be reviewed.”  Foreign Office minister Hugo Swire insisted at the time that the working group had erred for not being “in possession of the full facts.”  Assange had remained in the embassy purely on his own volition, a fantastic form of reasoning that denied the broader context of US efforts to seek his scalp, and the prospect of extradition should he have been sent to Sweden.  On this issue, WikiLeaks and Assange have proven to be right, but critics remain deaf and dumb to the record.

The same Working Group also expressed bafflement at the stiff sentence, noting that the Swedish allegations had been withdrawn, meaning that the original bail terms be negated as a result.  The entire treatment “appears to contravene the principles of necessity and proportionality envisaged by human rights standards.”  It was also “further concerned that Mr. Assange has been detained since 11 April 2019 in Belmarsh prison, a high-security prison, as if he were convicted for a serious criminal offence.”

Kristinn Hrafnsson, who currently holds the reins as editor-in-chief of WikiLeaks, told gathered press members that Assange had been confined for periods of 23 hours a day at Belmarsh.  The publisher was, effectively, keeping company with the less savoury while facing the damnable conditions of solitary confinement.

Only a day after the rough determination, Assange faced an extradition hearing in which the UK legal system, pressured by US lawyers and officials, will again have a chance to display its ignominious streak.  The hearing, lasting a few minutes, took place via video link in Westminster Magistrates Court.

“I do not wish,” Assange told the court, “to surrender myself for extradition for doing journalism that has won many, many awards and protected many people.”  (Perhaps Assange might have eased off on his accolades, but history has its callings.)

Assange’s legal team is clear: focus the issue on publishing, thereby bringing the work of their client within the ambit of free speech and traditional journalism.  As his lawyer Jennifer Robinson has explained, to accept the validity of the US charge would result in a “massive chill on investigative journalism.”  Assange’s involvement with Chelsea Manning was “about a journalist and a publisher who had conversations with a source about accessing material, encouraged that source to provide material and spoke to that source about how to protect their identity.”

The prosecution team, aided in the wings by hundreds of press vultures who seem intentionally malicious or keen to distance Assange from such protections, are obsessed by the hacking argument.  Even left as it is, the effort here seems skimpy at best.

Hrafnsson, on a worried note, does not shy away from the consequences to Assange’s own being.  “What is at stake here could be a question of life or death for Mr. Assange.”  And more than that, it involved “a major journalistic principle.”  The former point is salient: the moment Assange is rendered into the clutches of the United States, the prosecution is bound to bloat with various charges.

With Assange being treated as a felon of grave importance; and Manning’s continued detention for her ongoing refusal to cooperate with the investigative grand jury in the United States, the press corps of the world should be both revolted and alarmed.  What a delightful World Press Freedom Day it turned out to be.