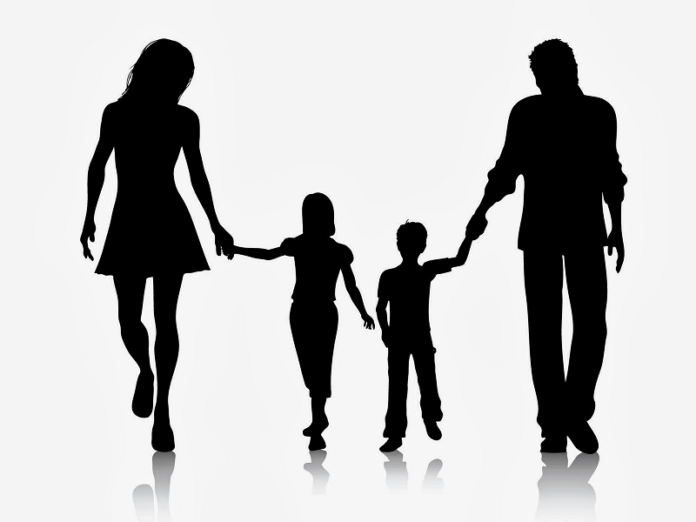 I had just finished cooking dinner and because the room was hot, l decided to go outside to enjoy the cool evening breeze.  After sitting outside for a bit, a neighbour called my attention to something. l had to go to his room to sort it out. While at it, he began to complain of being hungry. I was busy so l asked him to take my keys, go to my kitchen and fetch some food from the pot. Surprisingly, he refused. He told me l was high on weed for daring to ask him to go to my kitchen and fetch some food by himself. He insisted that, as a woman, it was my duty to serve his meal. I thought he was joking but it turned out he was very serious. He said where he comes from, men do not go into the kitchen when there is a woman around.

I was slightly miffed at his utterances. That wasn’t the first time he would give off this air of being a special, better breed of a human because he is male. But this time, he had taken it a step too far. I did not appreciate the sense of entitlement. l was neither his girlfriend nor wife. I was just a neighbour who was concerned about his hungry state so where was the entitlement coming from?  I made it known that l did not see how it was supposed to be a big deal for a hungry person whether male or female, to walk into a kitchen and do something to quench their hunger. Moreso, when the meal was already cooked. It was a big deal for my neighbour so he chooses to go to bed hungry instead, because l insisted that he served himself from my kitchen. Once again, that encounter with him, like others before, got me thinking.

Nigerians parents, over the years, put in a lot of time and efforts into raising daughters who would grow up to make good wives and home builders. Unfortunately, the same time and efforts were not invested in the sons.  This meant that well-raised daughters were married off to sons who grew up feeling entitled and badly behaved.  While daughters were trained to be wives that would accommodate all the flaws of their husbands, sons were trained not to tolerate a woman’s excesses,  patted on the backs and excused with the cliché ‘ Men will always be men’ ‘and men are babies.’ Because ‘men will always be men,’ women had no choice than to make room for their shortcomings. If possible, pamper them like they would babies too.

As a result of that form of selective home training, Nigerian men abound, husbands and potential husbands who believe in certain rights, behaviours and entitlements. Men who have been trained to view women as lesser beings and properties to be owned such that many an independent woman, who refuses to fit into their flawed narrative of a wife material, is given tags such as ‘bitter, frustrated and feminist.’

Unfortunately, the 21st-century woman is not ready to accommodate some of the things her mothers accommodated just to keep their marriages going. l am sure that is obvious from the number of women who are walking away from abusive marriages and relationships. Hence l strongly believe it is time to make a change in the way we raise our kids. As a younger generation of Nigerians, we need to make a deliberate effort to train our sons as much as we train our daughters. We have raised virtuous women for too long. It is high time we started raising virtuous men.

Men who do not think that a woman’s body was created solely to gratify their sexual urges such that they have to resort to rape when she turns down their advances. Men who are taught the importance of consent. There are a lot of rape cases, many of them unreported. When Men are raised to accept ‘no’ just as women are raised to say it, that will go a long way in reducing the scourge.

A woman is raised all her life to view sex as a sacred activity that should only be indulged in, with a partner, preferably her husband. Isn’t it ironic that on the other hand, the men she will be in the same environment with, who are going to be the ones to pester her for sex, are being raised to believe that it is cool and manly for a man to sow as many wild oats as possible? If a woman is expected to maintain the sacredness of sex, then it is time to teach our sons that sexual piousness is not the sole preserve of women only.

We need to raise men who do not think that basic household chores such as washing, cleaning up after themselves and cooking, are beneath them.  We must have encountered at least one of such men who cannot take care of their own homes unless there is a female presence around. E.g., those men who are always in search of a woman to come spend the weekend just so she can help them do laundry, clean up the apartment, cook and even give them sex.

Our daughters deserve to be married to men who believe respect is two-way traffic. Who give as much respect as they would love to receive. Men who say ‘please’ ’thank you’ and ’ sorry.’ Not men who think it is the mark of a real man to be disrespectful to his wife and still demand respect in return. All because he has a penis in between his legs and she does not have one.

We need to raise men who understand that their wives and kids will appreciate them more for their show of love, care, kindness and empathy. Not their Phalli.

Parents need to teach their sons that it is not always about them, their dreams and their visions. Other people’s daughters, who are going to become their wives, also have their own dreams and their visions and should not be restricted from fulfilling them. They need to be taught that the woman was not created, to serve them. She has other purposes for being on this earth. Therefore, it is only sensible for her to fulfil those purposes without any hindrances.

Our daughters deserve men who are ready to support them in their pursuit of purpose and not men who view their manhood as a tool for the subjugation and oppression of the female gender.

The family that prays together, stays together. We need to raise men not to think that it is only the woman who is responsible for maintaining the spiritual balance in the home. As much as men desire a praying wife, women also desire a praying husband.

And yes, we need to raise men who will not leave the upbringing of their kids to their mothers alone. Raising kids should be the collective efforts of both parents. As distractions from technology and social media increase, It is becoming alarmingly harder to raise kids that are well behaved and disciplined. This very important duty should not be left to the woman alone. Parents need to raise their sons to understand that.

The writer can be reached via ebutemay@gmail.com