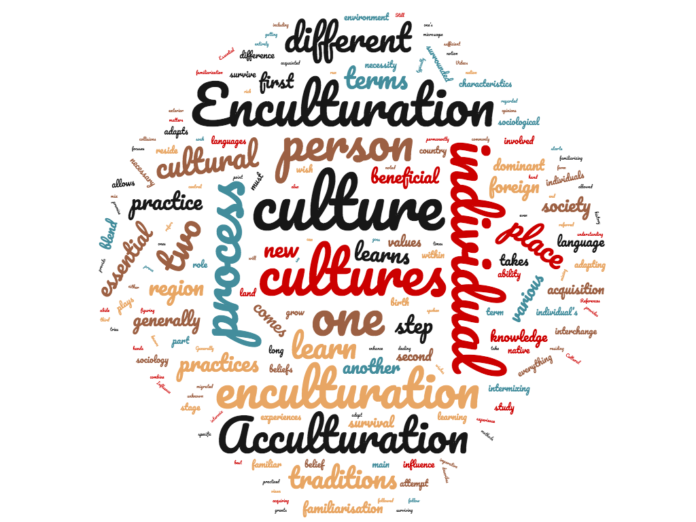 Acculturation of European ways of life into African communities was intentionally planned to suppress our cultures and create longing demands for Foreign culture and tastes. Until Africans rediscover and refine their own culture, we will always fall for others’ products inadvertently denying us Economic Independence. The British formed a class of Africans that pushed English taste, opinions, morals, and intellect on those they ruled.

Acculturation is hidden in plain sight yet insidious and debilitating to African psyche. It is behind our abnormal behaviour of tight affinity to what is outside our reach like foreign money we cannot print. If we look carefully at the reasons for unprecedented corruption, crime waves, a desperation to acquire, no matter the price we pay, it boils down to enabling us to afford Foreign goods, services and travels. The desire for each of these requires the accumulation of money outside our control in African countries since we cannot exchange our money as legal tender for their goods.

This greed for Foreign money to acquire English tastes and culture was implanted a long time ago to promote foreign readymades, manufactured Plastics such as designer products. Indeed, it led to the demise of textile industries in Africa and India while the British picked up the monopoly. They mined gold in Gold Coast only to pay taxes and royalties to themselves. Recruited African soldiers to fight for Freedom in World War I and II while colonizing Africa.

Lord Thomas McCauley was a committed racist, a colonial apologist that passionately believed there was no other ‘culture’ beyond Europe. The Whig Party members like Lord Thomas McCauley in 1835 understood the proud people they were up against because of African Empires higher moral values and cultures. War of suppression could work for a while, but as committed racists, English language and culture had to be sold as the Savior to Africans as modern, civilized and superior. It worked so well that up to the 21st Century, African Youths sought their Salvation not at home but from Foreign cultures and lands.

Conservatives play politics of exploitations, even when some claimed they regretted Slave Labor, they still see Slavery as a “necessary evil” without which they would not have been the richest Economy. What they are doing today is to rebrand Slavery mentally and make it palatable for consumption by African Youths needed for Slave Labor wherever they are or rushing abroad by any means.

Africans must also accept faults and responsibility. Believe it or not, there are mental slaves that have been badly treated in Africa as outcasts: Eru, Osu, Oru etc. They see the Foreign Mission as an escape to Freedom. They come from the poorest villages in Africa and so labelled their homes with despicable names. Their escape is nothing short of emancipation. The cities around their villages mesmerize them, not to mention escape into a foreign land. Even worse, the products of their colonial education forced the use of English and culture that is so entrenched, these 21 Century African graduates die for more because their tastes, culture and self-confidence have been displaced.

The consequences of the suppression of African cultures as postulated on February 2nd,1835 by one Lord McCauley that the only way to capture the minds, hearts and pockets of Africans was to make them forget their Culture, has proven to be true. He claimed he has never seen people of such high moral values and would never be conquered unless they break their spiritual and cultural heritage, the African backbone with English values. Africans have to be programmed to think that all that is foreign is better and greater than their own. Today, Africans argue against their own culture no matter how refined and bask in Foreign cultures and languages.

Unfortunately, the Untouchables are willing to accept conditions much better than those subjected to by their own cultures as Oru, Osu or Eru. Their inhumane treatment at home can be more severe in their villages and cities than those from foreign lands posing as their saviours and “benefactors”. Even locals may turn out to be trafficking Travel Agents, Madams in the house of prostitutes or sell them into another form of slavery where they could be used as body parts donors. If that is the case for the unfortunate ones, how do we explain the tracking of highly educated and talented Africans relatively better off, out of their own countries?

If reorientation is so simple, why have we not eliminated or reduced acculturation in Africa? The fact is, each of these cases has been dwelled on in African countries but have never been able to sustain the reorientations. What is unfortunate in the ways these eyesores were dealt with, came through military means to discourage corruption and foreign demands. Nzeogwu tried it in Nigeria but he was betrayed by comrades. Jerry Rawlings succeeded in Ghana for a few years and relapsed. Buhari/Idiagbon succeeded for a few years and his comrades’ Palace coup derailed it in order to accept Structural Adjustment. The beginning of the end of the African middle class. Sakara later tried it in Burkina Faso but lost his life.

Osagyefo Nkrumah of Ghana remained the most outspoken African Head of State that survived long enough to change foreigners dominated landscape in Africa. As much as Lumumba of Congo tried, colonialists, got him. Even Mwalimu Nyerere’s Ujamaa was sabotaged. The difference here was that Nkrumah implemented Cultural Reorientation for different segments of the Country from Arts, Musicians to other controversial areas. The reason the impact of this has been overlooked over the years is because it was simple, inexpensive, local and seen as ‘dictatorship’.

Notwithstanding some Ghanaians as Kofi Busia political reservation about Nkrumah. He recognized acculturation and the need to reorient African cultures that had been replaced with Eurocentric cultures to dominate Africa. Today, Nkrumah legacy transcends controversies within Ghana and outside. It was an open debate in England up to the 19th Century within the Whig Party on the best way to conquer Africans and Asians. Fortune hunters and Religious Missionaries had their Governments on standby in case of resistance by Africans and they subdued the Resistance of Ashanti, Yoruba, Zulu and others with their Foreign troops soliciting one African Army or more to suppress local resistance.

Imagine if this type of Nkrumah Cultural Reorientation was conducted at all levels in every African Country. Obsession with Foreign ideas, goods, services, used and discarded products could have been frowned on. We are suffering from the neglect of simple but highly effective measures that could have sustained our future Economic Independence. This idea that if it is not expensive and labour-intensive, it cannot succeed must be reexamined.