SunTrust Bank is the first regional bank to receive a new license by the Central Bank of Nigeria (CBN) since 2001 and the first full-fledged financial technology bank in Nigeria.

The Bank is the first commercial bank that runs minimal branches and focuses on electronic channels by offering telephone, mobile and internet banking services.

According to Dangote who chaired the opening ceremony at the Bank’s headquarter in Lagos, Fintech Bank is a welcome development in this era of cashless economy. He emphasized that SunTrust Bank will help the country harness its potential in the digital world.

He explained further that technology-driven platform will distinguish the bank and make her the most cost-effective bank in the country with fewer personnel and attendant lower overhead cost. In his words:

“SunTrust bank has elements that appeal to me in its Fintech strategy driven by its focus on technology. SunTrust has recognized that the old model of business expansion via a network of expensive branch premises is obsolete. What you need now is to sit down at home and do your banking transactions thereby saving money and time.”

Dangote commended the board, management and staff of the bank for their courage in taking the bold step at a time when “banks all over the world are facing multiple challenges and headwinds” and noted that the Bank’s focus will drive it to success.

Former governor of Gombe State, Senator Danjuma Goje, in his remarks at the unveiling ceremony, noted that the emergence of the bank during the implementation of the change agenda would contribute immensely to the rebirth of the Nigerian economy.
He urged the Bank to ensure that it is committed to the growth of micro, small and medium enterprises in the country, and to also support the big companies as part of its contribution to the growth of the Nigerian economy.

The Obi of Onitsha, HRM Igwe Nnaemeka Alfred Achebe applauded the Bank, stating that the present cost of running banks in the country is high and ifthe Bank can bring it down; they will succeed.

On his own part, the Oba of Lagos, His Highness Oba Rilwan Akiolu, urged the management of the bank to put the interest of the country and the masses first in all its dealings, and to distance itself from the fraud and insider abuse that is prevalent in the Nigerian financial industry.

Chairman of SunTrust Bank, Charles Onyema Ugboko, explained that the bank will use technology to drive the financial inclusion goal of the CBN, saying the Bank’s target is to bring financial services to 40 million unbanked Nigerians.

Managing Director and Chief Executive Officer of the bank, Muhammad Jibrin, noted that with over 90 per cent of financial services being executed electronically, banking had moved from physical branches to a technology-driven sector.

“Most customers of tomorrow will not be the ones that go to the banking hall, so we need to be able to respond positively to the needs and expectations of the customers of tomorrow, and that is at the heart of our vision and strategy as tomorrow’s bank today,” he said.

Dignitaries at the event were the president of the Lagos Chamber of Commerce and Industry, Dr Nike Akande; deputy national chairman of the All Progressives Congress, Alhaji Lawal Shu’aibu; former MD of AMCON, Mustapha Chike-Obi; former chairman of the EFCC, Mallam Nuhu Ribadu; former MD of Ecobank, Jubril Aku, and the CEO of Nigeria Mortgage Refinancing Company, Professor Charles Iyangete.

Others on the long list of dignitaries included former MD of First Bank, Bisi Onosanya; APC national legal adviser, Dr Muiz Banire; the Lagos branch controller of the CBN, Mr James Iyari, who stood in for his boss, as well as former minister of housing, Ama Pepple, among other eminent personalities.

More photos from the occasion below 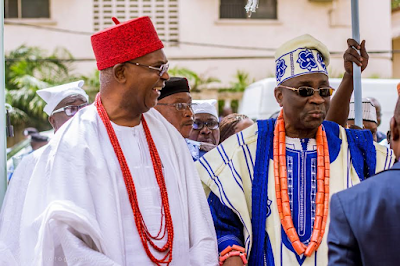 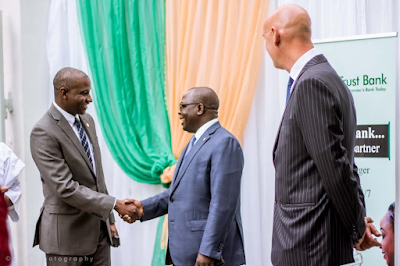 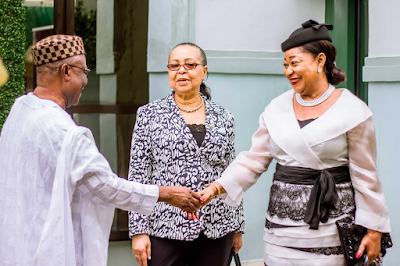 Between An Old Buharist And The New Buharideens – Dele Momodu

NEXT LEVEL! President Buhari Speaks as Campaigns for 2019 Begin