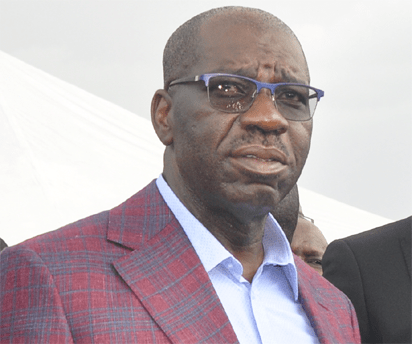 Edo State chapter of the Peoples Democratic Party (PDP) has faulted claims by Governor Godwin Obaseki that over N1bn had so far been spent in the fight against COVID-19 in the state.

Governor Obaseki in his statewide speech on Sunday had said the state government has spent over N1b in fighting the disease besides sending palliatives to over 50,000 thousand Edo residents.

But a statement by the State Publicity Secretary of the PDP, Chris Nehikhare said, “The reality is that there are allegations of diversion of palliatives to vulnerable citizens which is frustrating the commitment by Edolites and other well-meaning groups in the overall effort to combat the spread of the scourge in our state. We reject the humongous figures already being bandied to have been spent.

“We are saddened that Governor Obaseki again failed to show leadership and displayed a total lack of touch with reality as he failed to address the issue of palliatives diversion.”

According to the PDP scribe, “It is more painful that Governor Obaseki could not address the immediate needs of SMEs and its employees or provide a trajectory that will take care of their future as April draws to an end”.

“Business owners are going to ponder how they will meet their wage bill demand when they haven’t done any business but must make their utility payments; electricity, telephone and rent! There was no mention of plans to subsidize, assist or intervene one way or the other”.

“Sadly, the unemployment catastrophe we predicted was imminent is real!

“Edo PDP rejects the attempt by those in government circles to use the COVID-19 pandemic to fleece our treasury. This is especially as the APC administration is reputed to be a haven of corrupt individuals, treasury looters, certificate forgers and election riggers.”