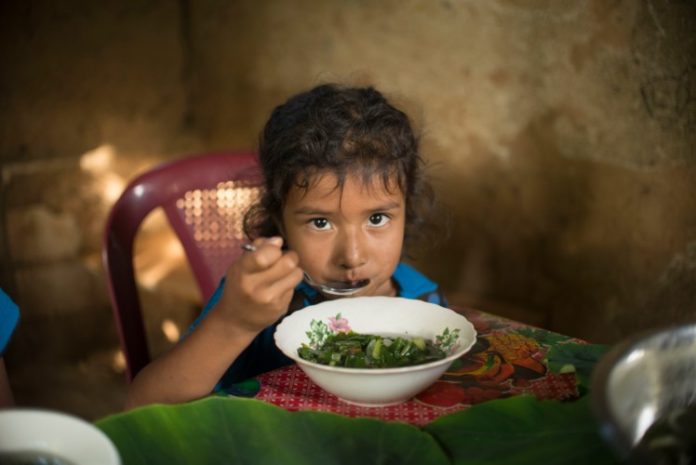 More than 16.2 million people are currently dealing with crisis levels of acute hunger in some of the world’s food crisis hotspots due to the rampaging COVID-19 pandemic.

Before the pandemic, 135 million people worldwide were already coping with acute hunger caused by conflict, climate shocks, and economic downturns, according to the 2020 edition of the Global Report on Food Crises, produced by Food and Agriculture Organisation (FAO), the European Union and 13 other partners.

Another 183 million were at risk of being pushed into extreme hunger if faced with an additional stressor.

As part of the revised UN Humanitarian Appeal for COVID-19 therefore, FAO asked for $350 million to support a range of activities aimed at helping poor farmers continue to operate, safeguard the continuity of food supply chains and markets, and prevent the food sector from being a vector of transmission for the disease.

However, initial and ongoing assessments by FAO provide strong indications that the COVID-19 pandemic and its impacts are driving up hunger in countries that were already experiencing high levels of food insecurity prior to the disease’s outbreak.

FAO Director-General, Qu Dongyu, said on Tuesday at the opening of a high-level UN event on humanitarian action, “the COVID-19 pandemic poses a clear and present danger to food security and nutrition, especially to the world’s most vulnerable communities.’’

The FAO big boss told the virtual event that while assessments were taking place at country level as ongoing agricultural seasons unfolded, the impact of COVID-19 was already being seen in some of the world’s food crisis hotspots.

Recent data from the FAO-hosted Integrated Food Security Phase Classification (IPC) initiative indicates that in Afghanistan, food insecurity — already alarmingly high — has now been aggravated by the impact of coronavirus.

The latest estimates show that 10.3 million people there are now dealing with crisis levels of acute hunger or worse.

The trend is similar in the Central African Republic, where 2.4 million people are now facing a crisis or worse levels of acute food insecurity — an 11 percent increase compared with pre-pandemic times, according to the IPC.

In Somalia, 3.5 million people are projected to face a crisis or worse in the coming months – three times the number at the start of the year.

“We risk a looming food crisis unless measures are taken fast to protect the most vulnerable, keep the global agricultural supply chains alive, and mitigate the pandemic’s impacts across the food system”, Dongyu says.

Rural women are among the most vulnerable and the first to lose their incomes, he notes.

Today’s Humanitarian Affairs Segment (HAS) of the UN’s Economic and Social Council was aimed at re-inforcing humanitarian assistance as the UN marks its 75th anniversary in a context of expanding needs.

Dongyu’s message came ahead of the release of a new policy brief by UN Secretary-General, Antonio Guterres, who warned that food systems are failing the world’s most vulnerable and the COVID-19 pandemic was making it far worse.

FAO and other UN agencies are concerned that COVID-19’s multiple impacts on economic activity and supply chains are limiting people’s ability to access food, increasingly restricting the cash liquidity of farmers, and handicapping farmers’ ability to produce and market food — which in the longer term could seriously degrade their livelihoods.

Dongyu said local food availability was already emerging as a critical risk as many farmers had reduced income and resources to invest in the next planting season.

But so far, the need to support livelihoods is largely being ignored in the response to the pandemic, he warned – although the cost-benefit analysis of such interventions is positive.

Last year, for example, FAO’s emergency distribution of seeds accounted for one-quarter of the cereals produced in South Sudan. Without that relatively cheap investment, millions more South Sudanese will now be reliant on much more costly humanitarian food assistance.