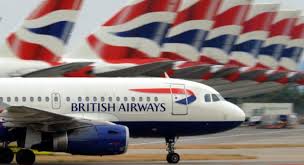 The Minister of Foreign Affairs, Godfrey Onyema, has disclosed that about 4000 Nigerians would be evacuated from the UK, USA, South Africa, France, China and other countries from Wednesday this week.

Onyema disclosed this during the Presidential Task Force on COVID-19 briefing on Monday.

According to him, 300 Nigerians would be evacuated from the UK on Friday in a British Airways plane which is coming to evacuate British nationals. He, however, lamented the lack of quarantine facilities to accommodate them.

“The numbers are going up in our country, so a lot of resources are being drawn to address the real challenges we are facing. We just don’t have surplus to spare for the evacuees coming in such large numbers. So we have to make do with what we have. We are stretching it beyond our capacity to get our people back.

“Ethiopian airlines have a regular connection out of the US. So we are hoping that Monday next week, we are trying to do a deal with Ethiopian airlines to also bring back a significant number of Nigerians”, he further disclosed.

Onyema also said that the Presidential Task Force was engaging NEMA on how to provide subsidy on what the evacuees “have to pay to make it as light as possible” for them.

According to him, messages were coming from Nigerians all over the world waiting to be evacuated and that “if we had our way we would evacuate everybody yesterday but there are capacity issues. We are even driving our medical people crazy”, he regretted.