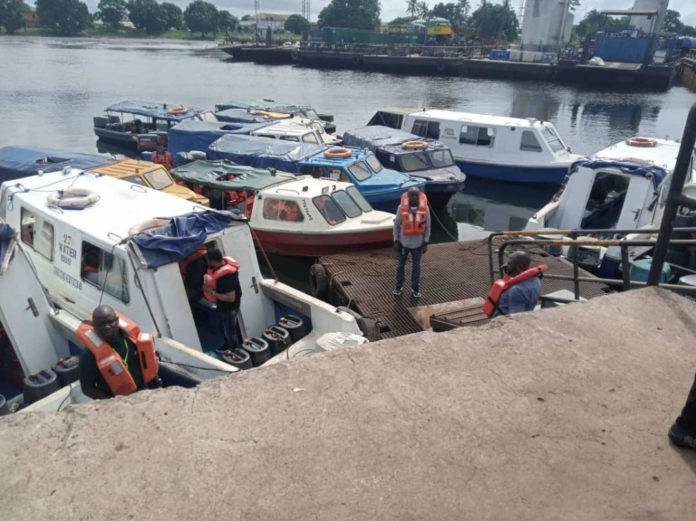 The National Youth Response Group has frowned at what it calls a blatant disregard for the lives of Nigerians. This was shared in a statement released by its South-South Coordinator, Comrade Preye Thomson. The group alleged that the Nigerian Oil AGIP Company Limited, a multinational oil and gas producing company, evaded the mandatory isolation for her personnel on essential duty.

The full statement reads: – “Nigeria Oil AGIP Company, a multinational oil and gas producing company, and a subsidiary of ENI group; are currently embarking on their regular crew change. This is normal procedure, but their current activities are being done without following the laid down guidelines of controlled isolation of her workers. The DPR which laid out clear procedural guidelines, as a way of protecting Oil company workers from the COVID-19 pandemic; mandated oil companies to Isolate their workers that are embarking on crew change after completing the minimum 28days work rotation.

“AGIP which is one of the 5 major IOCs operating in Nigeria not only resorted to evade the mandatory isolation for her personnel on essential duty; but also put their staff through the agony of boat transportation with substandard boats, despite the fact that the Federal Government has given a waiver permitting Oil Companies to fly Helicopters amid the COVID-19 pandemic.

“We have received complaints that the Executive of PENGASSAN in Agip, the Management of the Company led by the General Manager Human Resources and Organization, and the Operations Division Manager, neglected all safety procedures and precautions as directed by NCDC. The company failed to carry out the mandatory 14 days quarantine for its staff before resuming offshore as other IOC’s like Chevron, ExxonMobil, SPDC and Total E&P did. Thus, workers resuming to duty from various states of the federation go straight to offshore facilities to resume without recourse to laid down guidelines in combating the COVID-19 pandemic.

“You may recall that PENGASSAN only just recently threatened to go on strike because of 22 Staff of ExxonMobil returning into Port Harcourt were detained by the Rivers State Government. This even led to the redeployment of the state police commissioner. Those workers were supposed to go on a 14day isolation period, before being reunited with their families or returning offshore. But even at that, Gov.Wike frowned at the way and manner they arrived the state thus leading to their detention.

“AGIP is an Italian firm with its headquarters in Milan, and its country, Italy has been one of the worse hit by the COVID- 19 pandemic where over twenty thousand persons have died with many more still testing positive.

“We call on the PENGASSAN National body, the NLC, the TUC, the Rivers State Government and the Federal Government to immediately sanction the Management of AGIP for this inappropriate action and call the company to order immediately. Especially as recent statistics show a continuous increase in the number of cases testing positive.

“The life of every Nigerian is more important than the money AGIP so desperately wants to make without recourse to the health and safety of her staff, their families and the entire country at large.”