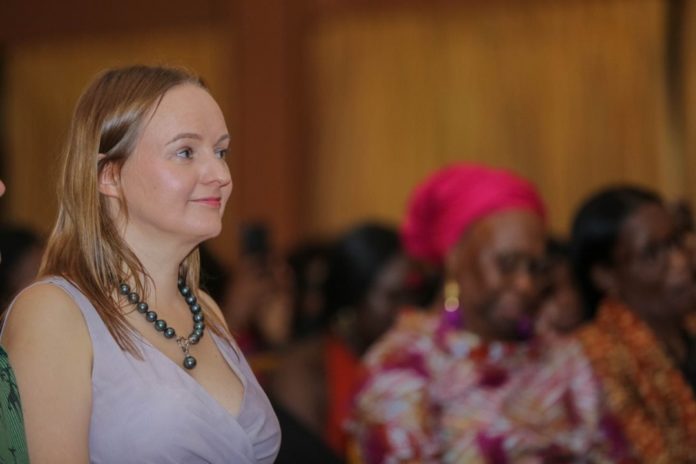 This is coming as the curtain came down on IOM’s fourth annual GMFF in Abidjan, the capital of Côte d’Ivoire on Wednesday.

Each year, the Festival sees features and short films exploring the theme of migration, integration and human mobility through the lenses of experienced and emerging filmmakers alike. Featuring the real experiences and raw accounts of migrants and refugees, the GMFF aims to foster social cohesion and stimulate healthy debate around migration.

This year’s GMFF was held across 106 countries with screenings of full length features and short subject films submitted for consideration, starting this past spring. After rigorous screening and a strict selection process, a jury composed of award-winning actors, writers, producers and activists selected the winners out of the 32 films on the official selection.

Culminating in an emotional award ceremony here, the top filmmakers were announced before an audience of over 200 guests, during an exceptional night of exhibitions, workshops and performances.

For the 2019 edition, in the feature films category judges presented the first prize to This is home, a film which delicately illustrates the challenges faced by a Syrian family in their first eight months of building their new life, as they resettle in the US after receiving asylum.

“This is home touched the jury for showing the potential of migration and integration in different cultures; for having us open up and for showing us our potential as the human race to give people a chance to overcome great adversity and give them the chance to better us”, said award-winning actress Julia Ormond.

In the short films’ category, Three August Days won the judges’ hearts. With outstanding production values, beautifully shot and acted, this film offers an alternative take on migration, as seen within communities, from the innocent eyes of two children. The film poetically portrays internal displacement and estrangement, while highlighting the value of friendship and commonality.

The closing ceremony marked the end of 21 days filled with 600 screenings, reaching over 40,000 people from Mexico to the Marshall Islands, across 105 countries worldwide.

To mark the end of the festival, over 100 high school students and returned migrants attended an afternoon full of activities and surprises: theatre and dance workshops, screenings, games, and virtual reality on the agenda. A walk-through exhibition putting a face on return migration in Côte d’Ivoire was also displayed in the venue.

Pictures of the event were taken by the newly-trained participants of the photography workshop organized in Abidjan last week with world-renowned photojournalist Reza.

This ceremony was made possible thanks to the support of the Migrants as Messengers and Aware Migrants awareness raising campaigns as well as the EU-IOM Joint Initiative for Migrant protection and Reintegration implemented by IOM.

Second place was won by #387, an emotional account of the tireless humanitarian efforts in response to the migrant boat tragedy that shook the world in April 2015. This film follows the work carried out by volunteers and survivors as they try to identify and honour the deceased and missing victims.

The third place was awarded to Angkar, a though-provoking production which explores the concept of survival’s guilt. Victims of the violence and persecution of the Khmer Rouge during 1970s return to Cambodia to visit their hometowns, revealing the survival of the perpetrators to the next generations’ indifference.

A special mention was given to Named like a Flower for its powerful portrayal of the courageous life of Escritora Carrilche (Malva), a transwoman migrant from Chile who migrated to Argentina only to face more obstacles and persecution.

Short FilmsIn the same category, the second place went to The Way Home, a well-acted and crafted film on the inter-generational effects of migration. It cuts between a father and son story and the disconnect between the two in a modern-day tale of migration about the difficult decisions families take in hope of a brighter future.

Third place was awarded to the powerful Dying for Europe. This was a polarising decision for the judges, who ultimately recognised that this film puts a human face on migration and the struggles of the millions of migrants and refugees that exist today. The film takes us on their arduous journey, highlighting the real struggles and consequences to human life, creating empathy and sparking conversation.