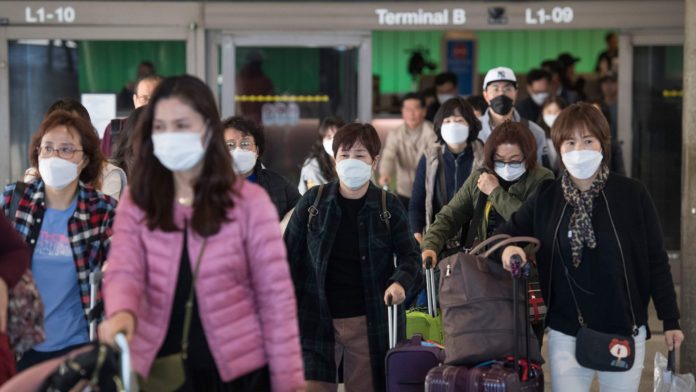 At least 259 people have died and nearly are 11800 infected with the novel coronavirus, health officials said on Saturday, adding the hardest-hit central Chinese province of Hubei reported 45 new fatalities until Friday midnight.

The official figures, however, pale in comparison to an estimate made by University of Hong Kong researchers for the prestigious Lancet medical publication, said Wuhan alone could have more than 75,000 infected people while all major cities in China are facing the threat of localised coronavirus epidemic.

The WHO on Friday declared the outbreak as an international public health emergency.

The surging number of cases has laid bare a massive shortage of medical supplies in the province, reports said with medical workers being forced to work at the frontline of treating the virus without adequate protective gear.

The previously unknown virus – which is why it is called the novel coronavirus — is believed to have emerged in December at a seafood market, which also traded in wild animals in the provincial capital of Wuhan, undergoing an unprecedented lock down to contain the spread.

The epidemic has spread all across over 20 countries as the Chinese travelled for the Lunar New Year holiday that started last week. It has since ballooned into a global health emergency.

The ruling Communist Party of China (CPC) is scrambling to control the epidemic and on Friday announced extending Lunar New Year (LNY) holidays in Hubei and other parts of China including Beijing to prevent the virus from spreading. A meeting of the leading group of the Communist Party of China Central Committee agreed to extending the holiday period in Hubei to an “appropriate extent.” The meeting was chaired by Premier Li Keqiang, who also heads the group.

“For regions where the number of new confirmed cases is rapidly increasing or where big risks exist, necessary measures such as postponing starting dates of business and school may also be adopted following due legal procedures,” said a statement issued after the meeting.

Meanwhile, state media reported a massive shortage of medical supplies in the province and at the provincial capital, Wuhan, as numbers continued to increase at a rapid speed. “Pictures circulating online showed frontline medical staff making masks out of fabrics. Some of them, without protective suits, use huge plastic bags to cover themselves, some even use swimming goggles,” the tabloid, Global Times reported Saturday.

“Some frontline co-workers are betting with their lives. They have to save lives with or without sufficient supplies,” an employee at the Union Hospital in Wuhan, capital of Central China’s Hubei Province, told the Global Times on Friday.