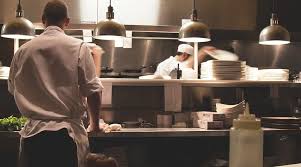 The show is pompous, condescending and shallow. It was designed to mock the lowly non-cook, the ignorant, and, from high culinary summitry, grace the winner after munching, gratis, what was promoted.  The winner would then be nurtured, cared for in an entrepreneurial way.  Little master chefs would, in turn, become big ones, owning restaurants, starting a line of cookery books and wind up with face, cooking implements and all, on television.

The MasterChef idea, unsurprisingly born in a country where grub takes precedence over cuisine, was always an obscene way of stirring the lowly heart. The plebs want their fare and fun, so let us give it to them via a Pygmalion effect. Inspire “the ordinary Briton”, or “the ordinary Australian”; cultivate the ignorant, encourage the confused mangler in the kitchen, and let’s have a damn good laugh about it.

Now, the last gastro laugh is being had on the Australian version of the program and its cocksure hosts.  The fattened, smug trio of George Colombaris, Matt Preston and Gary Mehigan, are no more – at least in terms of being judges on the program.  For a decade, these Monster Chefs have not so much graced the screens as saturated them with judgments.

The Monster Chef trio had become so confident they made the only cardinal error that matters: presuming their own immortality.  Accordingly, they saw themselves as irreplaceable, able to continue reigning in broadcasting heaven for a twelfth season.  In doing so, the inner brat was enlivened.  They could negotiate hard – and harder – over their contract of renewal.  They could push terms, and get rewarded.  But it was not to be.

The question on every food boffin’s lips is: What did they want?  More pay, more entitlements, came the response, to the tune of a 40 percent increase. (All three receive over $1 million in salaries.)  In the words of Chief Executive Officer Paul Anderson, “Despite months of negotiation, [Network] 10 has not been able to reach a commercial agreement that was satisfactory to Matt, Gary and George.”

This fact left a certain stench in the air, given the payment problems of one of the judges, who works in an industry seemingly incapable of understanding the merits of a fair wage.  MAdE Establishment, which steers the Colombaris restaurants, was found by the Fair Work Ombudsman to have been derelict in its payment obligations to staff to the tune of $7.83 million.  The 515 current and former employees involved in the dispute duly received a backpay order and a mild “contrition payment” of $200,000.

In a bland, unconvincing statement, Colombaris insisted that the company was “committed to acting as a force for change in the industry and leading by example when it comes to building and promoting supportive, healthy and compliant hospitality workplaces.”

The response from fellow Monster Chef Preston on ABC Radio Melbourne was less humble than apologia spiced with bitchiness. “George genuinely loves the staff, that’s why he wants to pay them back.”  He was in agreement with the principle that staff had to be paid what was owed to them (astonishingly novel); besides, Australia’s national broadcaster, the ABC, was also in the soup regarding underpayments to casual staff.  To each his not so gallant own.

Even the network producing MasterChef Australia was happy to offer Colombaris their backing, despite a petition seeking his sacking from the program garnering over 20,000 votes.  According to an untroubled spokeswoman from Network 10, “George and MAdE Establishment have reached an agreement with the Fair Work Ombudsman in relation to this matter.” The chef had “the support of Network 10.”

The hospitality industry can be a truly unhospitable one, and Colombaris exemplifies this.  His group was also responsible or underpaying 162 employees in 2017, coughing up backpay totalling $2.6 million. Other hefty names in the chef business are also tainted by a seeming inability to understand, let alone measure the concept of fair pay.  Big egos make for bad payers.

Heston Blumenthal, another beast of the chef’s television circuit, has also established an imperium that underpays its workers even as it maximises profit through offshore tax havens. The means of doing so are delightful: the Caribbean island of Nevis features, less for the scenery than its zero tax rate.  The International Consortium of Investigative Journalists was particularly scathing of Nevis in their Paradise Papers trove.  Tipsy Cake Pty Ltd, the entity behind Blumenthal’s Australian restaurant, is registered and incorporated via an office suite and post office box on the island.

Blumenthal, as with many of his fellow chefs, likes doing things the small portioned, indiscernible way, and that includes proper payments to staff.  Dinner by Heston found itself in a spot of bother in 2018 when the Fair Work Ombudsman received information from two chefs alleging unremunerated overtime.  The figures were far from negligible.  One submitted estimates showing underpayments up to $25,000; the other, $35,000.

The Colombaris payment scandal, and the troubles with MasterChef, go to the same problem.  The celebrity chef believes himself divine, a gastro deity unaccountable and egomaniacal.  The food is less important than the figure; the show, more significant than the substance.  Those studying the food industry have done a disservice in their encouragements of the Big Chef-turned-judge phenomenon, formulating such empty terms as “culinary cultural capital”, a body of skills and knowledge supposedly attributable to MasterChef.

Food should be eaten and savoured, not contrived and made the stuff of a blood sport.  The great food texts are themselves poetic guides of mystery urging us to consume in the freest of ways.  The celebrity chef as television judge performs a different function.  In the MasterChef model, the judge plays social worker and helpful instructor, supposedly encouraging creativity in a competitive setting.  But what the format has done is drag the monster out of the kitchen and restaurant business and place him in a position of judgment.  Be done with them to lunch in grotesque, small portioned luxury.