DEPUTY President of the Senate, Senator Ike Ekweremadu has warned that continued detention of the National Publicity Secretary of the Peoples Democratic Party, PDP, Chief Olisa Metuh was designed by the Federal Government to gag the mouthpiece of the opposition.

Ekweremadu who stressed the need for the All Progressives Congress, APC led government to be cautious against the trampling of the opposition and total disregard for the rule of law in the guise of anti-corruption war, said that with this development, the country was fast descending into authoritarianism, adding that it spells doom on the nation’s democracy.

In a statement signed yesterday by his Special Adviser, Media, Uche Anichukwu, Senator Ekweremadu who reaffirmed the PDP’s support for a genuine anti-graft crusade, however, decried a situation where such crusade becomes a calculated attempt to decimate and silence the opposition, while members of the ruling party with serious corruption allegations go about their businesses.

Warning against the corruption of the anti-corruption war, he argued: “An anti-graft trap that catches only members of the opposition and those with axe to grind with the government of the day is compromised.” He called on the nation to denounce and resist the prevailing situation where people are held in custody against the directives of the courts and laws of the land, insisting that there would be no justice without the rule of law.

It would be recalled that officials of the EFCC on Tuesday invited Olisa Metuh for interrogation and he has since remained there. 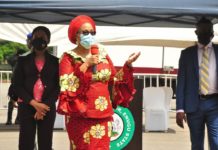