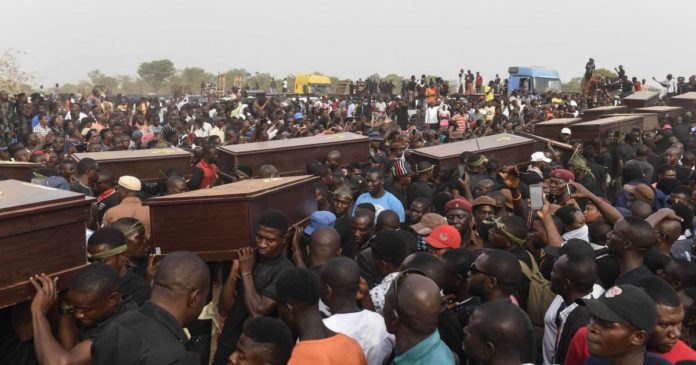 The Center for Civilians in Conflict (CIVIC), a civic group, says the conflict in the North-East axis of Nigeria and the Lake Chad Basin has continued to be one of the deadliest in the world. According to them, since May 2011, an estimated 38,070 people have been killed, and about 2.5 million are internally displaced, while an estimated 10 million persons are in need of humanitarian assistance in the axis of terror.

The group said on its website, ‘’many more civilians have fled the country in a desperate attempt to reach safety. Since establishing operations in Nigeria in 2016, CIVIC has witnessed important strides in the Nigerian government’s and military’s ability and willingness to protect civilians; yet much work remains to be done.’’

CIVIC is however, working toward a world where parties to armed conflicts recognise the dignity and rights of civilians, prevent civilian harm, protect civilians caught in conflict, and amend harm.

While its mission is to work with armed actors and civilians in conflict to develop and implement solutions to prevent, mitigate, and respond to civilian harm, the group believes that: Parties to an armed conflict have a responsibility and interest to prevent and address civilian harm, engaging directly with armed actors and offering them practical ways to better protect civilians will ultimately change their mindset on the importance and feasibility of protecting civilians, civilians are not merely victims of armed conflict but rather active participants in its mitigation and resolution, identifying, engaging, and supporting vulnerable and marginalized populations is central to our work, working collaboratively with affected communities, governments, multilateral institutions, and fellow civil society organizations is the most effective way to protect civilians, and innovation is essential to protecting civilians from conflict.

It was originally founded as the Campaign for Innocent Victims in Conflict (CIVIC) in 2003 by Marla Ruzicka, a young American activist and humanitarian who saw that civilians were being injured, killed, and forgotten by the armed parties in conflict.

To therefore, address the evolution of the conflict in Nigeria and ongoing civilian protection challenges, CIVIC is mobilising champions within the government, military, and civil society to advance policies and practices that minimise civilian harm.

‘’For the past two years, we have worked with the Nigerian government to develop a national civilian protection policy that would put civilians at the heart of counterterrorism and counterinsurgency operations. In the conflict-ridden northeast, CIVIC is deeply engaged with communities in numerous local government areas to support civilians in developing self-protection strategies’’, the group said on its website.

At the same time, CIVIC says it is mentoring senior military and community militia leaders to institutionalise civilian protection practices within their respective institutions, pointing out, ‘’the goal is to build the capacity of the Nigerian military and community militias to protect civilians and avoid civilian harm in the course of their activities.

‘’For example, communities in two local government areas raised concerns to the military that armed opposition groups would increase attacks and kidnappings of civilians during firewood collection and food gathering – a common occurrence in the region. Upon hearing these concerns, the commanders agreed to provide security and have since done so for over 5,500 community members in two local government areas.

‘’This strategy is undergirded by in-depth research on civilian protection challenges and opportunities, which will be disseminated widely using films and other interactive means of amplifying civilians’ voices. In 2018, for example, CIVIC released a research report on community militias  in the northeast – one of the few studies of its kind.

‘’This research formed the foundation of our direct engagement, advocacy, and training with community militias to improve their efforts to protect civilians and minimise harm to civilians during their activities.’’