N’Golo Kante has again shown that he is the world’s most humble football superstar – in the latest Football Leaks revelations rocking the game.

The leaked secret information has typically been used to tarnish the image of some of football’s biggest clubs.

Manchester City, for example, could be axed from the Champions League after UEFA reopened their investigation into alleged Financial Fair Play cheating. And now they have gone after Chelsea.

But amid all the murky details is one that paints Kante – who once watched himself on Match of the Day after being invited to hang out round a fan’s house – as a shining light.

It is alleged that an offshore company was set up for Kante – who earlier this season consoled an upset Arsenal fan – to pay his image rights into.

It has been claimed that this tax haven would save him around £870,000 a year on his salary.

But now it has emerged that Kante allegedly refused to be part of the scheme, despite Chelsea’s alleged insistence he does so.

It is claimed Kante originally agreed for the scheme to be set up but then refused to sign the documents to complete the deal.

Instead, Kante allegedly asked the club for a “normal salary.”

But sticking out among the bluing is N’Golo Kante in his modest Mini.

When the midfielder signed for Leicester in 2015, he arrived in England without a car.

He became so attached to the white car, that when the ex-Boulogne and Caen midfielder joined Chelsea in the summer for £32million, he saw no reason to change in line with his team-mates.

Speaking previously on his love for the little motor, he said: “Me, I’ve never been someone who loves a car and when I was young I didn’t have the ambition of a car or something like that.

“But my Mini, for the beginning, was good to learn to drive on the left. I got it in Leicester. And I still have it now. But it’s good.” 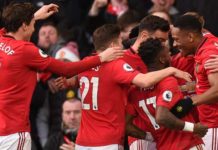 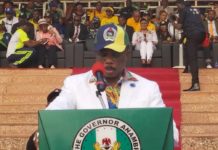