Members of Boko Haram under the leadership of Abubakar Shekau has released a new video showing thousands of its members praying during recently concluded Eid ceremony, and also threatening to capture President Buhari.

In a new video released by the deadly Boko Haram sect, the Islamic terrorist group has said they were plotting to capture President Muhammadu Buhari.
The footage, narrated in Hausa, is said to have been shot somewhere in Borno State, northeast Nigeria where the sect has its base. It showed suspected terrorists praying on what the narrator said is an Eid ground on Sallah day on Monday.
The video was posted on YouTube on Tuesday and the group said it was using it to send out message that it remained a strong force. 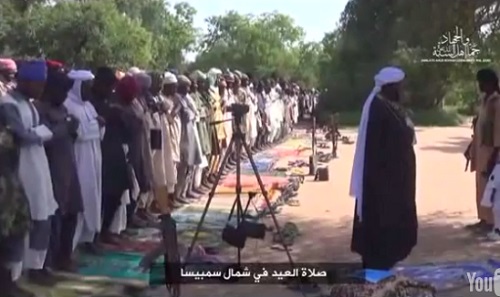 The group’s leader, Abubakar Shekau, did not appear in the video, but the narrator said his deputy, whose name was not mentioned, represented him at the gathering.
In the video, which was recorded in composite to capture two Eid grounds, the group stated its willingness to continue its jihad against the Nigerian state and called President Buhari an infidel and threatened to capture him.
“This is our eid prayer from us and by the support of our leader Imam Abubakar Al-Shekau. We are extending our greetings to our people and fighters. 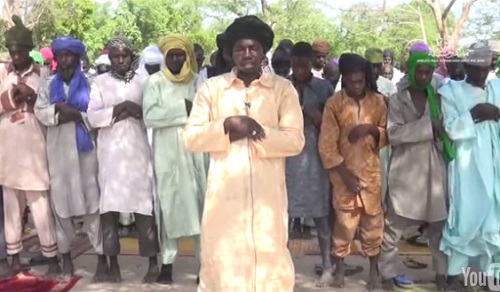 “Message to the infidels and the leader of the entire infidels (kafir) who is the President of Nigeria, Muhammadu Buhari, that he should know we are very strong and doing very good.
“By the will of Allah under the leadership of our leader (Shekau) will capture Buhari with our hands,” the group said.
The new video also comes a few days after Boko Haram allegedly indicated willingness for a prisoner swap with the Nigerian government in order to release the kidnapped Chibok girls, a move the federal government has said it is willing to consider.
Culled from: http://www.tori.ng/news/40236/breaking-boko-haram-releases-new-video-threatens-t.html 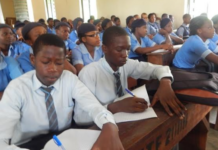 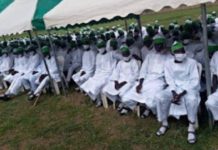