Regarding former President Olusegun Obasanjo’s sincerity in his call for an Igbo president in 2019, Madu told The Punch that “MASSOB has severely warned Ndigbo, mostly the political leaders, to be very careful of Obasanjo.

His current political antics, romance and friendship in Igboland are very dangerous to the political survival of Ndigbo in Nigeria.

During his eight-year tenure as Nigeria’s president, he consciously and wilfully created political problems for Ndigbo; he initiated several acts of political frustration against Abia, Anambra, Enugu and Imo states during the tenures of Orji Uzor Kalu, Chinwoke Mbadinuju, and Chimaroke Nnamani. Obasanjo ignored Igboland with no infrastructural development; he politically persecuted our people.

He also mesmerised Ndigbo by changing Igbo senators five times in the office of senate president.

The MASSOB leader further stressed: “Today, Igbo governors of Abia, Ebonyi and Enugu states are celebrating him by inviting him to commission projects in their respective states.

During his eight-year rule, he never visited Dim Chukwuemeka Ojukwu or showed concerns to his position as an Igbo leader. Obasanjo, an enemy of Ndigbo, hates former President Goodluck Jonathan because of his brotherly treatment to Ndigbo.

He did not see Ndigbo as conquered people but appreciated and acknowledged the leadership qualities and industrious nature of Ndigbo. During Goodluck Jonathan’s tenure as president, Ndigbo, for the first time, occupied key principal political position like Minister of Finance, Secretary to the Federal Government, Petroleum Minister, Inspector General of Police, Chief of Army Staff, etc.

Enugu International Airport, which Obasanjo vehemently and wickedly opposed because of his pathological hatred against Biafrans, was built by Jonathan.

Also, during Jonathan’s tenure, Ojukwu was given due attention, his family was recognised and a befitting national burial for a gallant military leader was accorded to him like a Biafran President.”

“Today, Jonathan is hated and abused by Obasanjo because of this singular heroic respect given to Eze Igbo Gburugburu (Ojukwu). Obasanjo is working seriously through some disgruntled Igbo politicians to destabilise the developing cohesion among Igbo leaders.

Obasanjo has been mesmerised politically in Yorubaland. Because of his archaisms, he can no longer command political respect in Yorubaland. MASSOB demands and warns that those associating or romancing with Olusegun Obasanjo in the name of Ndigbo should stop now,” Madu opined. 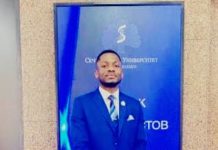 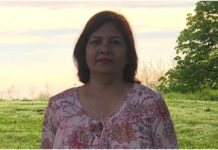