Speaker of the Abia State House of Assembly, Rt Hon Chinedum Orji MNSE, has assured staff of the Assembly of better days, saying that their welfare is of utmost concern to him.

Rt Hon Orji stated this at his first interactive session with the Assembly staff since he assumed office as Speaker of the 7th Abia State House of Assembly.

The Speaker said he thought it wise to meet with the staff of the Assembly before embarking fully on their task as legislators.

He further assured the staff that with him as Speaker, other Principal Officers and Honorable Members of the House generally, better days are here for them. “Your welfare is of utmost priority to me”, he declared, promising to carry them along in the goings on concerning the Assembly. He however strongly advised them against acts of indiscipline as he would not tolerate it from anyone. He therefore urged the Clerk of the House to take note and act accordingly when the need arises.

He also promised to continue to improve the work environment and create a favorable ambiance for the staff in order for them to continue to be motivated and give their best.

To this end, the Speaker immediately initiated quarterly awards for the “Most Punctual”, “Most Hardworking”, “Neatest” staff of the Assembly among other awards. To allow for transparency, he directed that the nomination for the awards be done by the staff themselves, emphasizing that the awards are his own personal contributions to the welfare of the staff, apart from what the Assembly will do for them as an institution.

“My aim is to ensure that the 7th Assembly is adjudged the best Assembly, my colleagues as the best set of Honourable Members, and my humble self, as the best Speaker ever in the history of this State. We are determined to prove doubters wrong in the task ahead. With you, your support and cooperation, it is possible”. 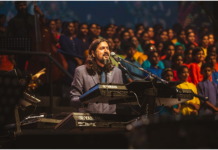 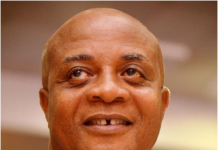 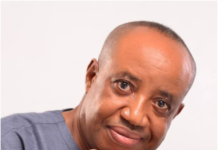