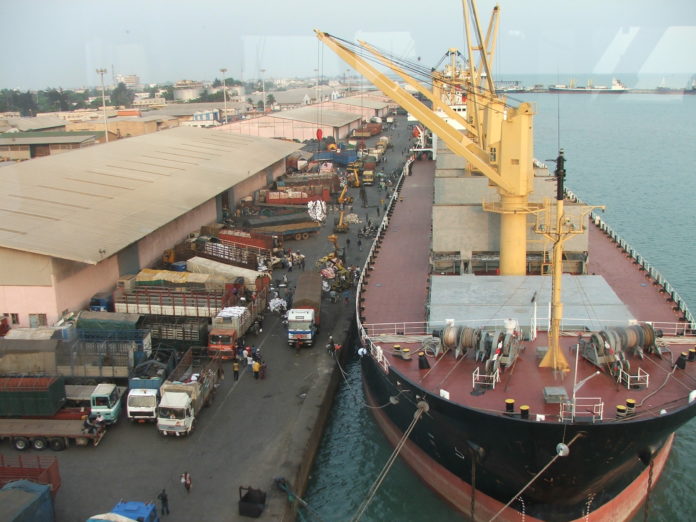 Benin is making efforts in re-investing in its major port in its capital Cotonou.The change had been slow but consistence over the past several years aimed at making the harbour competitive.
The 300 hectare transit port is in a highly competitive sector and region, especially with the overall growth of trade in West Africa.

Port of Cotonou contributes more than 60% of GDP and mobilizes more than 90% of domestic resources. To grow the government entrusted the management of Cotonou Port Authority, the administrative structure, to the Port of Antwerp International (PAI), with the aim of reorganizing and restructuring the administration: computerization of services, dissemination of a code good behavior, staff training among other things.

The Port of Cotonou has increased its efforts to get rid of its bad image and its long waiting times. Benin also wants to take advantage of its geographical position and remains a transit point, especially to the Nigerian giant market of 190 million and Niger which has been loyally using its port.

“Cotonou is our natural port,” says Chaibou Attahy, a representative of a Niger transport association. “But if it has gained speed, removing a container is much more expensive, so it raises the question of competitiveness,” he warns.

Benin’s biggest competition includes Togo with a turnover of 18.3 percent from its port where it has heavily invested the facilities. Abidjan, Côte d’Ivoire, and Tema, Ghana, can accommodate larger vessels because the basins are deeper and more extensive (the water body in Abidjan is 1,000 ha against 80 in Cotonou), the cost of Passage is lower and delays faster.

The government will start implementing an investment plan of 450 million euros in 2020.

“We will make Cotonou’s autonomous port an innovative, secure and reliable logistics platform for international trade,” says Joris Thys, its managing director. “We want international handling and logistics companies to come and invest”.

The government is please with the progress at the port, there was a turnover increase of 16.35%, with a net result of 2.4 Million USD in 2018 (more than 2 million dollars).