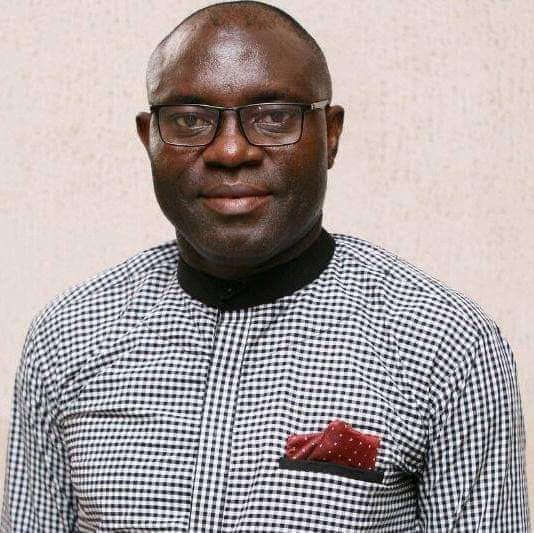 Special Adviser (SA) to Governor Seriake Dickson on Public Affairs, Daniel Alabrah, says the defection of some prominent members of Peoples Democratic Party (PDP) in the state and resignation of a number of aides to his principal, won’t affect the chances of PDP in the November 16 gubernatorial election.

Alabrah, in an interview, insisted that the coast remains quite clear for the victory of PDP’s candidate, Senator Douye Diri, adding that the structures for winning elections in Bayelsa State belongs to the party.

“None of the persons who have defected have said that it was because of the candidature of Senator Douye Diri. They didn’t say that Senator Diri’s candidature was not acceptable to them. They had their reasons. There are those who had defected because they believe that they would rather want to be on the federal side. They are already believing that the APC has won the election. Some of them have their personal reasons. Like one of them said he was going to face his legal practice. That he wants to go into private practice. In the case of Ebebi (Peremobowei), former deputy governor, former speaker, well, he has his reasons. I have nothing against him. But I think that there is no way these defections will affect the party. Come to think of it, who are the persons that have even defected? In 2015, 2016 election in the state, many persons had defected by this time. Prominent members of the party had left, including the chairman of the party. But what happened? PDP still won and some of them found their way back to the party. So, it is the season of defection. It is the season of politics and politics goes with defection particularly in Nigeria at a time like this. Personally, I do not think it would affect the chances of PDP. Because the outgoing governor has laid a foundation that you can see and attest to. He has done well in so many areas that you can use his achievements to campaign for PDP as a party that has done well in the state. Mind you, PDP has been the only party that has ruled Bayelsa since 1999. So, every progress you see in Bayelsa today is attributable to the Peoples Democratic Party. The structures for winning election in Bayelsa belong to the Peoples Democratic Party. Those structures are in the Peoples Democratic Party,” Alabrah stated.

The SA who is a member of Media and Publicity Committee, Bayelsa State PDP Campaign Council and one-time Head of Media and Communication, Presidential Amnesty Programme, maintained that Senator Diri stands head and shoulders above other candidates in the coming governorship poll, in terms of experience and pedigree.

According to him, “Senator Douye Diri is experienced both in the legislature and the executive. You must also remember that he has a background in Ijaw activities. He was the first organizing secretary of the Pan Ijaw socio-cultural group, that is, the apex Ijaw socio-cultural group, the Ijaw National Congress before he vied into holding political offices. So, we have a man who has had a long period of training, if you ask me. He is not a rookie to governance unlike his opponents, particularly the major opponent in the APC. Here is a man who was once a Commissioner for Youths and Sports in the state. He was in the Governing Council of the University of Maiduguri, before he came back to serve in the state, firstly, as Deputy Chief of Staff in government house and later as principal executive secretary to the governor; before he went to the House of Reps and became a Senator. He is somebody who has the interest of not only Bayelsa at heart but the interest of the Ijaw nation at heart. He is somebody who he is a refined gentleman; who brings a very high pedigree into this governorship race. Above all, he is somebody you can look up to, to build on the foundation already laid by the sitting governor, the outgoing governor, His Excellency, Henry Seriake Dickson. Senator Diri is somebody that the state can rely on. He is somebody that we can go to sleep with our two eyes closed because we have somebody who has a character that you can vouch for and who has had a track record of unblemished service whether at the state or at the national level. There is nobody that brings that kind of pedigree in this race among other candidates. None of them can match the record of Senator Diri. That is why we can confidently say that he is the right man for the job. When you look at those who want to disparage his candidature, they really do not have anything against him.”

On the insinuation that former President Goodluck Jonathan had preferred Timi Alaibe and therefore not comfortable with the candidature of Senator Diri, Alabrah, said: “Anybody can claim anything. Though, what you are talking is in the realms of speculation. You alluded to that. That people are speculating. Of course, people are bound to speculate when they do not have the full information, the right information. So, they can decide to speculate. But what I know is that the former President who is a well respected leader of our state and of our country, I am aware that he received Senator Douye Diri in his house before the primary and he gave Senator Douye Diri his blessings. So, when people say that he is not in support of Senator Diri’s candidature, that is not correct. Mind you, Senator Diri served under the former President when he was the governor of Bayelsa State as a Commissioner for Youths and Sports. So, Jonathan is more or less a political leader to Diri. He was his boss at some point in his political career and he still remains his boss. Those who are speculating do not know the truth.”