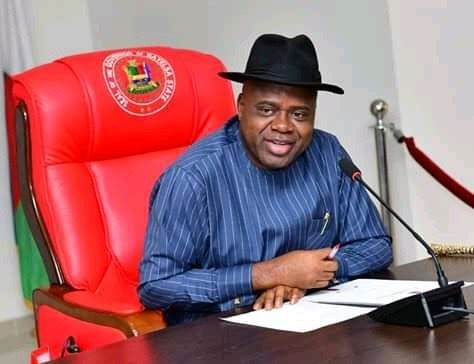 State, a predominantly Ijaw area in the Niger Delta, Nigeria’s polluted oil and gas region, is currently locked in a bitter accountability war.

The people of Ikebiri in Southern Ijaw Local Government Area have previously been at loggerheads with Nigerian Agip Oil Company (NOAC), a subsidiary of the Italian oil major, Eni.

According to Ikebiri Development Foundation (IDF), an elite group of the Ijaw community, the oil company is allegedly insensitive to the plight of its host communities. They are pointing at a devastating oil spill in the area caused by alleged equipment failure.

On April 11, 2010, a joint inspection visit led by the Italian oil major cited “equipment failure” as the cause of the spill, for which the oil firm was liable. Agip operates seven wells and eight pipelines with several flow lines in the area.

The leak was, however, closed, and the surrounding polluted area of bush was burnt without the consent of the local community.

This is common practice, but is an inadequate, dangerous and polluting method for cleaning up oil in the Niger Delta, Nigeria’s vastly polluted oil and gas region. No other clean-up has taken place since.

Ikebiri community has been engaging in discussions with the oil corporation for emergency relief materials and compensation. An initial payment of N2.00 million (around €6,000 at 2017 exchange rates) was made to the community for relief materials.

To date, the community has received no compensation for damages as a result of the spill. An initial offer of N4.5 million (approximately €14,000 at 2017 exchange rates) was rejected by the community as insufficient, and the oil firm has since discontinued discussions with the community regarding compensation.

Having probably tolerated the excesses of the paramount ruler of Ikebiri 1 community, Chief Francis Ododo, for 12 years on the throne without rendering accounts on how community funds have been spent, women under the auspices of Ikebiri 1 Women Movement, recently took to the streets demanding statement of accounts for twelve years has been on the throne.

In an emotional three-page letter, addressed to chairman of Bayelsa State Council of Nigeria Union of Journalists (NUJ), dated December 16, 2020, the community women alleged that Chief Francis Ododo has not rendered accounts to the community for the past twelve years on the sacred throne.

The petition, signed by the leader of Ikebiri 1 Women Movement, Preye Minifa, her secretary, Love Ayjbanua, financial secretary, Tarilatei Igoli, Doris Benjamin, Silinah Newton and Pretty Abeke, the aggrieved mothers lamented that: “The constitution said a king should give accounts of the community fund but he has not done it for once.

“Our health center has not been commissioned for doctors to start working, so we take our children to Korokorosei for treatment and we are still suffering from it. Even our schools are not in good shape. We have no teachers, both in our primary and secondary secondary. And we have not been given youth corpers for a long time now.

“A police station the community has been building for a long time without completing it. We want the police station to be completed and because there is no safety for our visitors, so company workers go to other community to spend their night.

“The constitution also demands that a king should not leave the community for more than three months but he stays away, five months or more.

“It is written in the constitution that the Kingdom should not use any other account, when there is a community account. And now, we are yet to have any money or a dime from the N42 million.

“The community does not have network (communication) and we want mast to be at Ikebiri 1 for easy communication. We the Ikebiri women should be given the sum of two million that was paid to the community. And if we do not get what we have demanded, our next action would be as follows:

“We will be taking 65 drums of diesel from the 105 drums but will never take the 40 drums that are to be used by the community. We will take all the food that Agip will be bringing for the chiefs.

It would be recalled that Nigerian Agip Oil Company (NAOC) recently paid a total of forty-two million naira as part of compensation for a major oil spill in Ikebiri Kingdom which was confirmed to be caused by equipment failure.  The paramount ruler and his council of chiefs and a few others were alleged to have shared the money among themselves, leaving out the women, hence the ongoing protest against the paramount ruler and his cabinet.

According to Michael Bassey Johnson: “The best way to detect the destructive element in someone is to watch closely their behavioural pattern when given authority over poverty.”

The basic traits of a toxic leader are generally considered to be either/or insular, intemperate, glib, operationally rigid, callous, inept, discriminatory, corrupt or aggressive by scholars such as Barbara Kellerman.

Probably, the above observation by Michael Bassey Johnson was what informed the recent mass action by women of Ikebiri Kingdom in Southern Ijaw Local Government Area of Bayelsa State against their paramount ruler, a third class royal father and retired principal, Chief Francis Ododo, when they petitioned him to security agencies and the Nigeria Union of Journalists, demanding that he should render accounts of his twelve years’ reign on the throne.

All efforts to reach the embattled third class royal father proved abortive as all his phone lines were not going through at the time of filing this report.