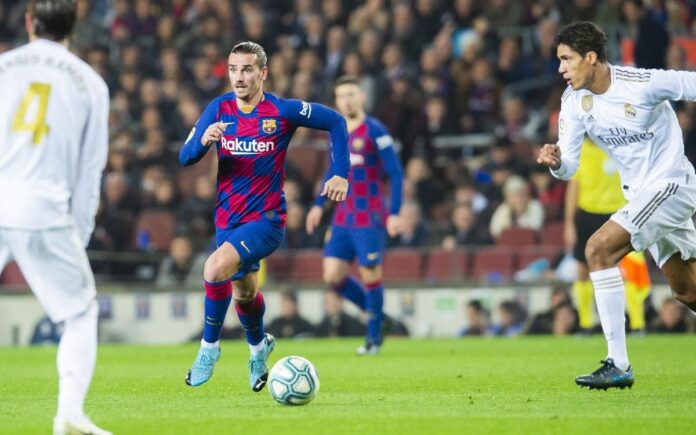 LaLiga giants, Barcelona and Real Madrid were stunned on Saturday as they both suffered their first defeats of the season, losing to Getafe and Cadiz respectively.

Newly promoted side, Cadiz set about disrupting the defending Champions from the off and took a deserved lead through Anthony Lozano’s 16th-minute effort which eventually sealed the game.

Madrid’s coach, Zinedine Zidane made four substitutions at the interval but not even the changes could inspire a come-back.

On their part, Barcelona failed to capitalize on Madrid’s shock defeat as they slumped to a 1 – 0 defeat at Getafe.

Jaime Mata’s 56th-minute penalty was enough for Getafe to secure a first league win over their illustrious opponents since a similar 1 – 0 result back in November 2011, a run of 16 games.

Elsewhere, Juventus failed to deliver in the absence of Cristiano Ronaldo as they were held to 1 – 1 draw at the newly-promoted side, Crotone.

Crotone started with a spring in their step and were rewarded after 11 minutes when Simystroked home from the penalty spot after Leonardo Bonucci had been adjudged to have fouled Arkadiusz Reca inside the area.

Juve bounced back nine minutes later when Alvaro Morata slid home from four yards after being picked out by Chiesa.