Barack Obama will travel to Cuba in the coming weeks, becoming the first sitting US president to make a state visit to the island in nearly nine decades.

The White House is planning to make the announcement on Thursday, a senior administration official told the Guardian.

Obama and Cuban president Raúl Castro announced in late 2014 that they would begin normalizing ties. The Obama administration is eager to make rapid progress on building trade and diplomatic ties with Cuba before Obama leaves office. The two nations signed a deal Tuesday restoring commercial air traffic for the first time in five decades.

During a town hall in South Carolina for Republican presidential candidates, senator Marco Rubio of Florida said that Obama’s plan to visit Cuba was foolish, and that he would not consider such a trip unless it was under very specific circumstances.

“Not if it’s not a free Cuba,” Rubio, a Cuban American, said. “A year and two months after the opening to Cuba, the Cuban government remains as repressive as ever.”

Senator Ted Cruz of Texas, who is also a Cuban American, replied when asked if he would travel to Cuba: “Not as long as Castro is in power. And I will say I was saddened to hear that [but] I wasn’t surprised. This was foreshadowed for a long time.”

ABC News first reported on Wednesday that the White House planned to announce the trip Thursday.

President Calvin Coolidge went to Havana in January 1928 to give a speech to the sixth International Conference of American States, according to the State Department historian’s office, which records the foreign travel of presidents and secretaries of state.

President Harry Truman visited Guantánamo Bay, which is controlled by the United States, so that was not considered a state visit; he didn’t meet with any Cuban government officials, according to his presidential library. 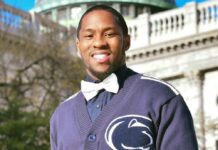