Australian Senator Larissa Waters has become the first politician to breastfeed in the nation’s parliament.

Ms Waters fed her daughter Alia Joy during a vote on Tuesday.

Senate rules already allowed breastfeeding in the chamber, and Waters pushed to extend those rules to allow new parents to briefly care for their infants on the Parliament floor last year, the Sydney Morning Herald reported.

Nobody had done so until now.

Ms Waters tweeted that she is “so proud” her daughter is the first baby to be breastfed in the federal parliament. 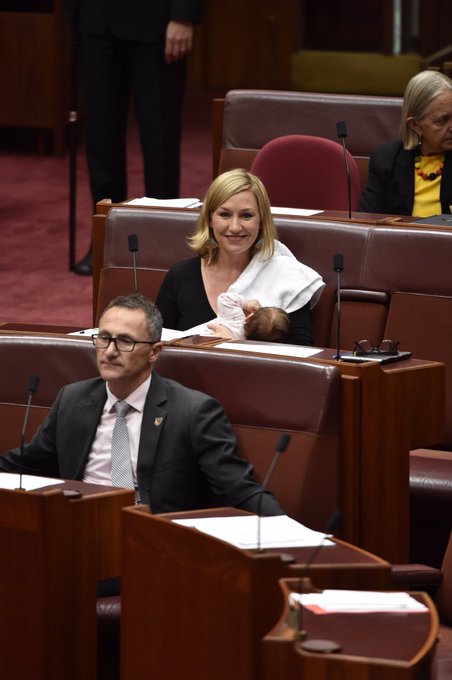 Ms Waters is a Queensland senator and co-deputy of the Greens party.

She posted a photo of Kirstie Marshall, a Victorian MP, who was ejected from State Parliament for breastfeeding her 11-day-old baby in 2003 on Facebook.

“Sometimes it’s difficult not to get disheartened by the sexism women still face in the workplace,” she said.

“But sometimes it pays to look back and see how far we have come.”