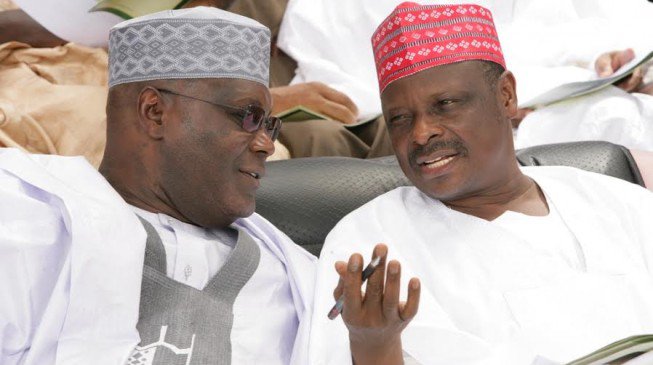 Former Vice President of Nigeria, Atiku Abubakar has described former Governor of Kano State, Rabiu Musa Kwankwaso as a formidable democrat whose contributions to the deepening of democracy in Nigeria cannot be forgotten for years to come.Atiku, in a statement on the occasion of kwankwaso’s 64th birthday anniversary, described the former Governor as a fearless and dependable ally in the struggle for justice and democracy in Nigeria.“I’m proud of Kwankwaso because of his commitment to education which is key to any development agenda,” Atiku is quoted to have said in the statement by his Media Adviser, Mazi Paul Ibe.According to him, Senator kwankwaso has set an enviable record for the promotion of education and literacy, being the first Governor to establish two universities, including a university of Science and Technology, in Kano, Kano State.“Apart from this impressive legacy, Kwankwaso also sponsored hundreds of young men and women abroad for professional degree courses as part of his commitment to education as a tool for lifting the people out of poverty,” the statement added.He prayed that Allah should grant him more years of good health in the service of democracy, his people of Kano, and Nigerians at large.