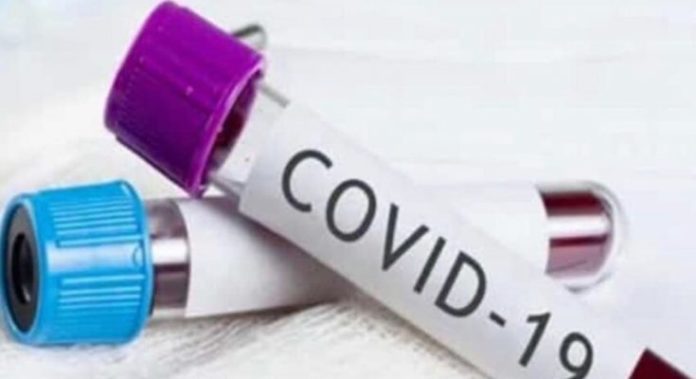 As the COVID-19 pandemic continues to impact health and livelihoods of millions, the Nigeria Centre for Disease Control (NCDC) says 14,633 patients have so far been discharged in the country.

This good news is coming out of Africa’s most populous country when there is increasing attention focused on vaccine development.

But some experts are saying that effective treatment has a critical role to play—before and after a vaccine is developed—and has the potential to deliver tens of billions of dollars in gains.

However, according to the Nigeria disease control agency, by Friday night, the country recorded 600 new cases of COVID-19 in the last 24 hours which brings the national tally to 35,454.

NCDC also announced that Nigeria recorded three COVID-19 deaths which brings the national death toll 772, pointing out, ‘’till date, 35,454 cases have been confirmed, 14,633 cases have been discharged and 772 deaths have been recorded in 36 states and the Federal Capital Territory (FCT), Abuja.”

In the meantime, a new Schaeffer Center white paper models the value of two hypothetical treatments—one administered before patients require hospitalisation and one administered in the hospital—to analyze the health-related value such treatments could provide.

The researchers find both scenarios result in tens of thousands of lives saved and a significant reduction in hospital resource use.

They estimate these health-related gains add up to between $57 billion and $106 billion in value over 18 months if 20% of the population becomes infected.

“Even after a vaccine for COVID-19 becomes available, there may be supply issues and it may not be effective across the entire population. Furthermore, some people may choose not to be vaccinated”, says Geoffrey Joyce, senior author on the study.

“As such, developing effective treatments has to be a central part of any strategy if we are going to safely move towards reopening society”, Joyce, a director of health policy at the USC Schaeffer Center and an associate professor at the USC School of Pharmacy adds.

The research team modelled three scenarios: a baseline where no treatment is available, and two scenarios in which patients receive a hypothetical therapy:

Scenario 1 considers a hypothetical treatment taken outside the hospital setting. Modelled loosely after flu antiviral therapies such as Tamiflu (oseltamivir phosphate), it is administered to patients early in the course of the disease and reduces disease severity, hospitalisation risk and, in turn, mortality.

Scenario 2 considers a hypothetical treatment administered to patients in the hospital that reduces both lengths of hospital stays and mortality. It is modelled after therapies such as remdesivir and dexamethasone, which are administered in hospital settings to patients with more severe illness and have demonstrated therapeutic effect in randomised clinical trials.

To model these scenarios, a number of assumptions were made. Primarily, the researchers assumed 20% of the population becomes infected by the end of 2021, and hypothetical treatments become widely available in the second half of 2020.

The researchers found that the hypothetical treatment taken outside the hospital will reduce hospitalisations by 285,000 and deaths by up to 71,000 by the end of 2021.

The hypothetical treatment administered in the hospital does not reduce hospitalisations but results in up to 85,000 fewer deaths.

“Given the uncertainty about how this disease behaves, we deliberately used conservative assumptions in our model. Even so, the value of treatment over just the next 18 months would be enormous and has the potential to help with hospital capacity constraints”, says Schaeffer Center Fellow and USC Price School of Public Policy Research Assistant Professor Karen Mulligan.

All in all, both treatments create tens of billions of dollars in gains over 18 months, with most gains coming from reduced mortality.

Importantly, economic-related benefits, which will result if policies that have been implemented to curb the spread of the virus could be relaxed earlier or faster, were not directly modelled.

The Costs of COVID-19

The total costs of the COVID-19 pandemic are large and growing.

In the US alone, over 130,000 people have died, at least 17.8 million adults are unemployed, and the country’s economy is predicted to shrink by almost $8.00 trillion over the next 10 years.

The sharp increases in COVID-19 cases seen in recent weeks as economic restrictions are loosened highlight the tradeoff between economic activity and public health when the most effective response available is social distancing, hand washing, and mask-wearing.

“While we didn’t directly model the economic value of a new treatment, we know the current costs to the economy are unprecedented. If a new treatment enables loosening of social mitigation policies and boosts citizens’ confidence in engaging in economic activities, the benefit could easily be as large or larger than the health impacts we model”, says Karen Van Nuys, who is the Executive Director of the Value of Life Sciences Initiative at the USC Schaeffer Center.

Given their findings and how quickly this virus has proven to spread, the researchers argue the federal response should prioritise the development of treatments alongside vaccines.

“The federal government has invested more than $4.00 billion in manufacturing vaccines that, as of yet, are unproven. In comparison, the federal investment in developing treatments is closer to $400 million”, Joyce said.

“Having a vaccine is critical, but vaccines are rarely effective for everyone and it will be hard to achieve universal vaccination adherence, thus treatments that either reduce the likelihood of being hospitalised or the risk of dying would have enormous societal value before and after a vaccine is widely available.”

The authors acknowledge several limitations to the analysis, particularly those related to uncertainty surrounding key parameter values used to model the behaviour of the virus, specifically the mortality rate. There is an appendix detailing the sensitivity analyses conducted to explore these limitations.

This white paper was co-authored by Desi Peneva and Martha Ryan, in addition to Joyce, Mulligan, and Van Nuys. This research was funded by the USC Schaeffer Center for Health Policy & Economics, which receives support from a wide variety of public and private entities and donors, including companies developing vaccines and treatments for COVID-19.

In another development, metabolic syndrome increases the risk of severe disease from viral infection, according to a review of the literature performed by a team of researchers from St. Jude Graduate School of Biomedical Sciences and the University of Tennessee Health Science Center, both in Memphis.

The research appears this week in the Journal of Virology, a publication of the American Society for Microbiology.

Metabolic syndrome is a cluster of at least three co-occurring conditions that raise the risk of heart disease, stroke and type 2 diabetes mellitus (T2DM).

Despite the fact that influenza vaccines generate robust antibody titers in obese subjects, obesity doubles the likelihood of developing influenza.

As with influenza virus, the Centers for Disease Control and Prevention recently recognized obesity as a risk factor for severe illness caused by SARS-CoV-2.

“This is not surprising because excess body weight and fat deposition apply pressure to the diaphragm, which further increases the difficulty of breathing during a viral infection”, the researchers write.

But the risk goes beyond the burden of excess weight. A recent study highlighted in the literature review looked at 174 diabetes patients with confirmed cases of COVID-19.

The study found that these patients were at significantly higher risk for severe pneumonia compared to non-diabetic COVID-19 patients. CT scans revealed a greater severity of lung abnormalities in these patients.

There was also a profound increase in serum IL-6 levels, a predictive biomarker for disease severity, the investigators write. These data imply that SARS-CoV-2 causes severe disease in obese patients and in those with T2DM by inducing bilateral pneumonia and a cytokine storm that damages the lung epithelial-endothelial barrier.

(The epithelium lines surfaces exposed to the outer environment, such as the respiratory tract, the endothelium lines inner pathways such as those of the vasculature.)

However, one hypothetical risk for patients with T2DM who have hypertension or heart disease appears not to be a problem, after all, according to the report.

These patients are commonly treated with angiotensin-converting enzyme (ACE) inhibitors or angiotensin receptor blockers (ARBs). These increase expression of ACE2, the receptor that SARS-CoV-2 uses to gain entry into cells.

“Future research should seek to [determine] how metabolic abnormalities increase viral pathogenesis, as this information will play an essential role in global preparedness against emerging seasonal and pandemic virus strains,” the investigators conclude.

ASM is keeping the pulse on the SARS-CoV-2 pandemic with the COVID-19 Research Registry of top-ranked research articles curated by experts.

In the eye of a pandemic, this curated database will ensure that scientists, journalists and the public have an efficient way to find the timeliest and most valuable SARS-CoV-2/COVID-19 research from the latest journal articles and preprints.